One of our new favorite places when my son comes in to town is called the Roundhouse, and for good reason…yes, it’s round. This Roundhouse has been around since about 1880 and is said to be one of the oldest limestone round house structure in the US.

The Roundhouse was originally built to house a locomotive repair facility and a railway exchange depot. 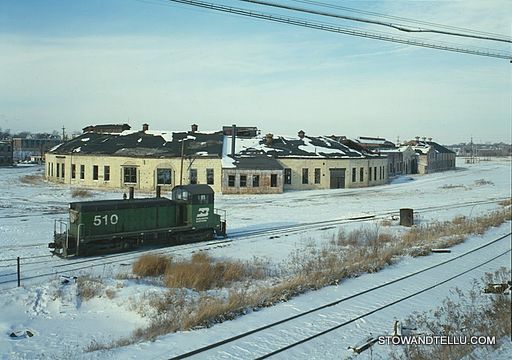 Here is a vintage photo of how the structure looked circa 1950.

As the automobile industry boomed during the middle of the 20th century, the railroad industry diminished, leaving the Roundhouse abandoned for several decades. Fortunately, investors such as Chicago Bear, Walter Payton, realized the value of this structure and brought it back to life in the late 1980’s. 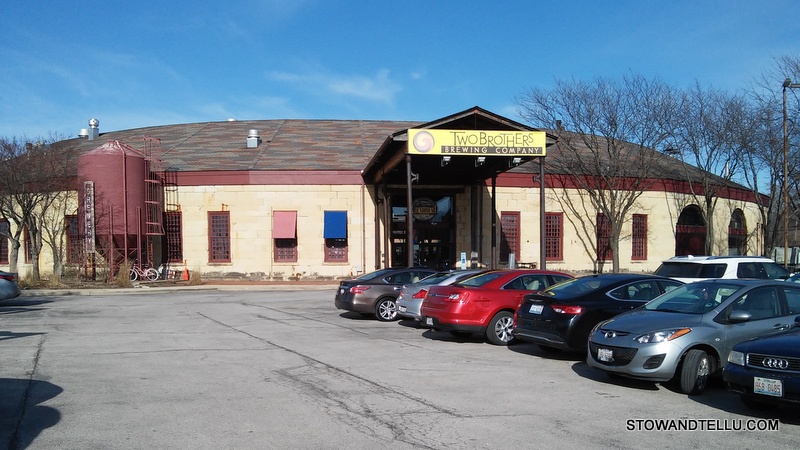 Here is a photo of how it looks today, currently housing Two Brothers Brewery and Coffee House. 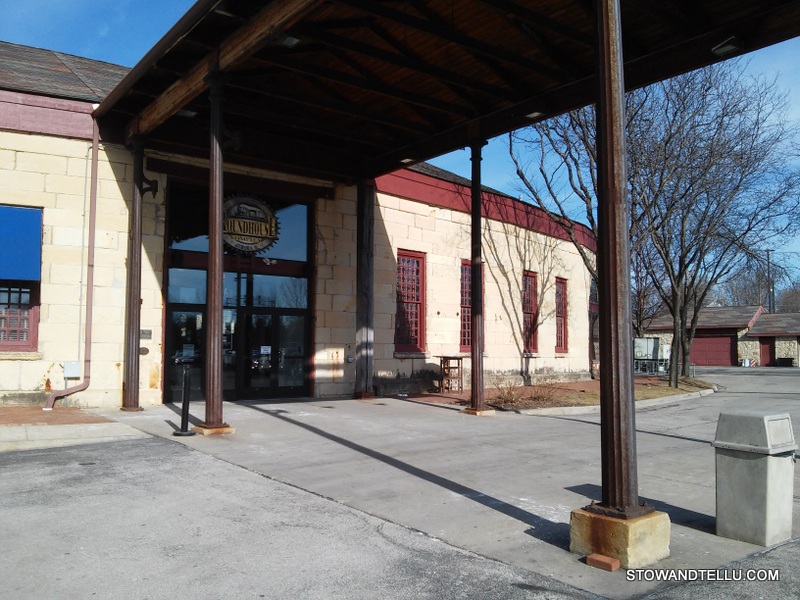 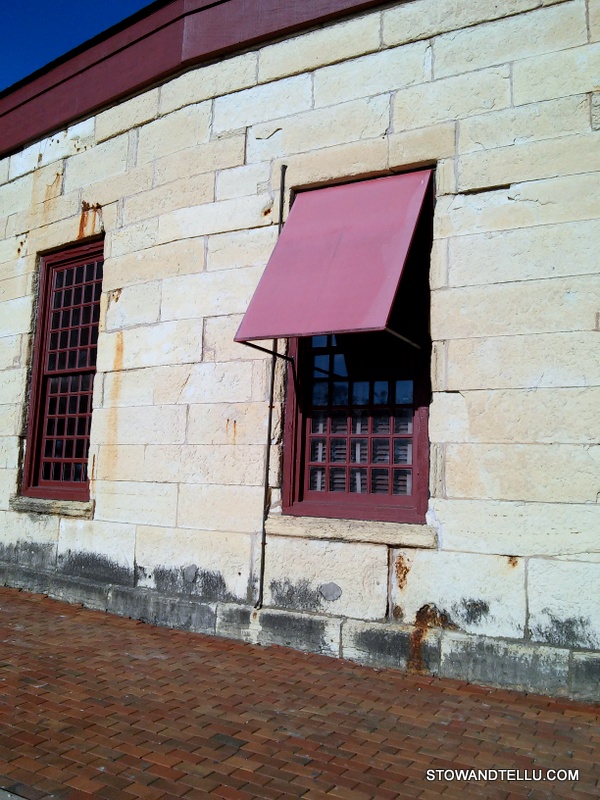 Much of the original structure still stands or has been preserved with respect to it’s history. 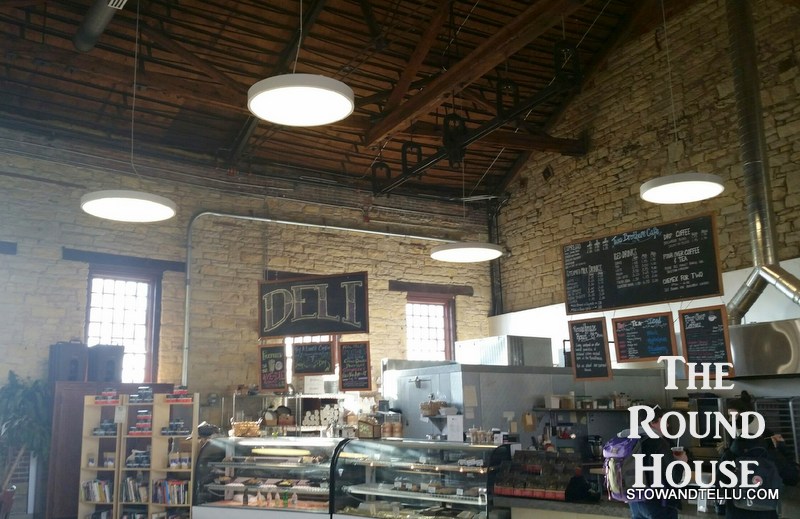 Aside from getting one of the best cups of coffee around, not to mention creative micro brews and fabulous food, the atmosphere is enough to captivate and make you want to stick around for a while. 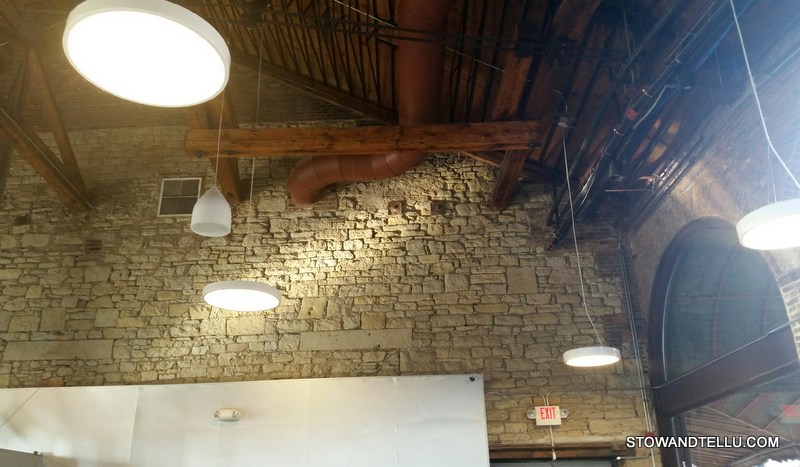 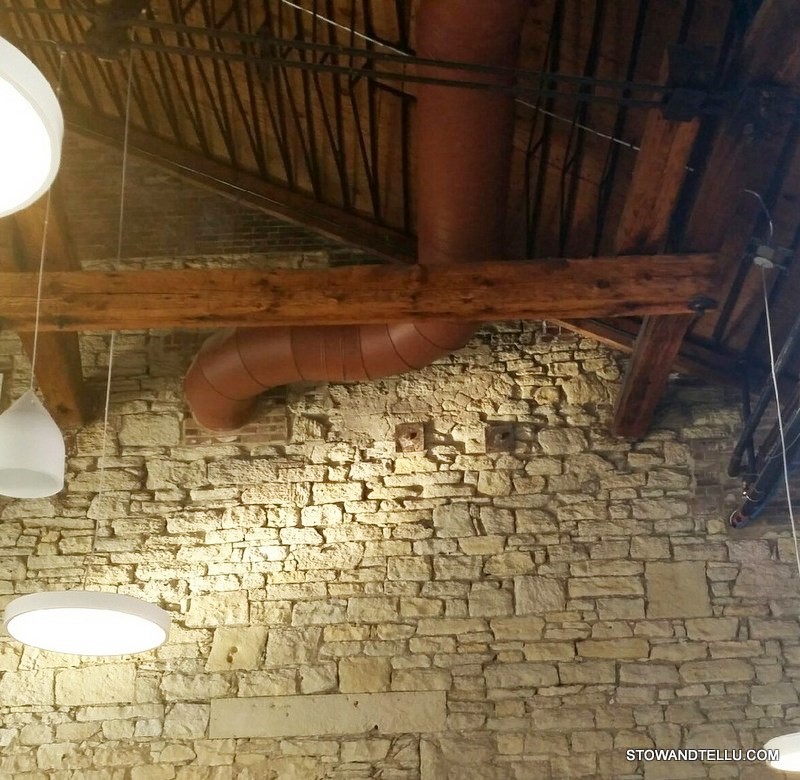 They just don’t make them like they used to, do they? 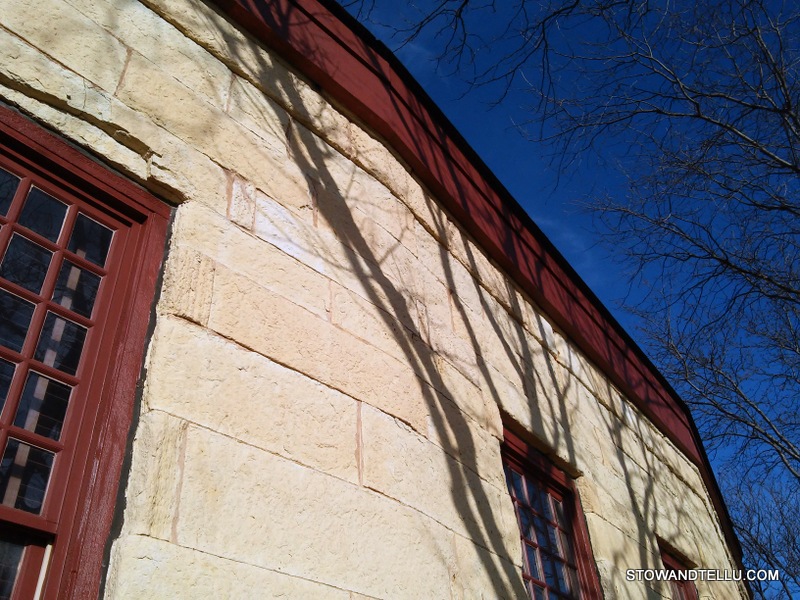 Look at the size of those pieces of stone, and that’s not fascia stone either. We’re talking solid blocks of limestone, my friends. 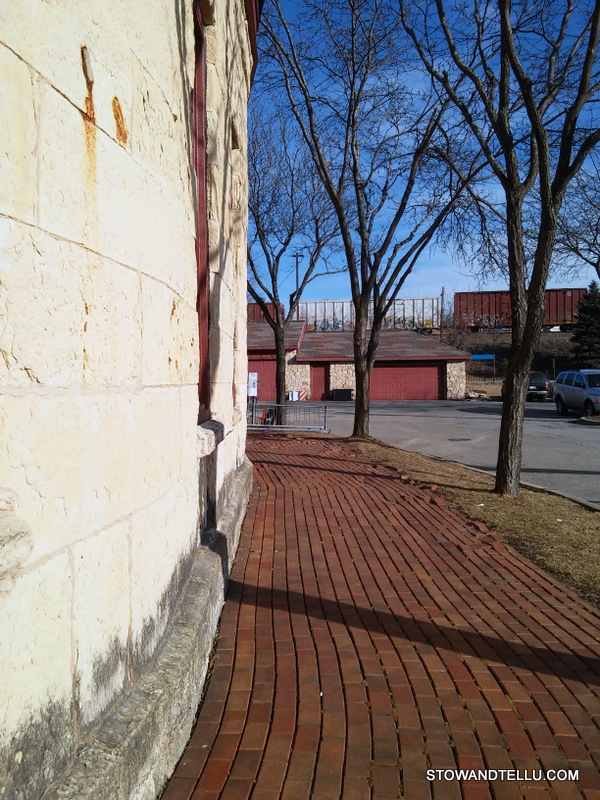 Although the building is no longer used for rail activity, the adjacent railroad tracks are still in frequent use for both commercial and commuter transportation. (See train going by in the background) 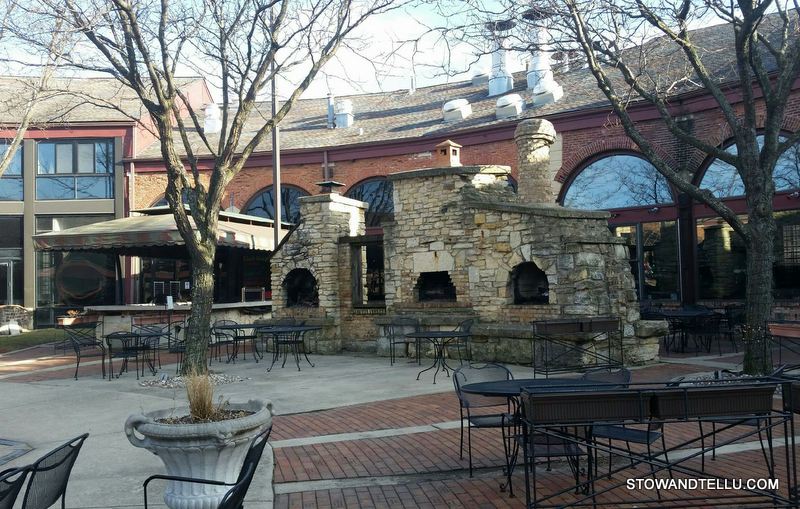 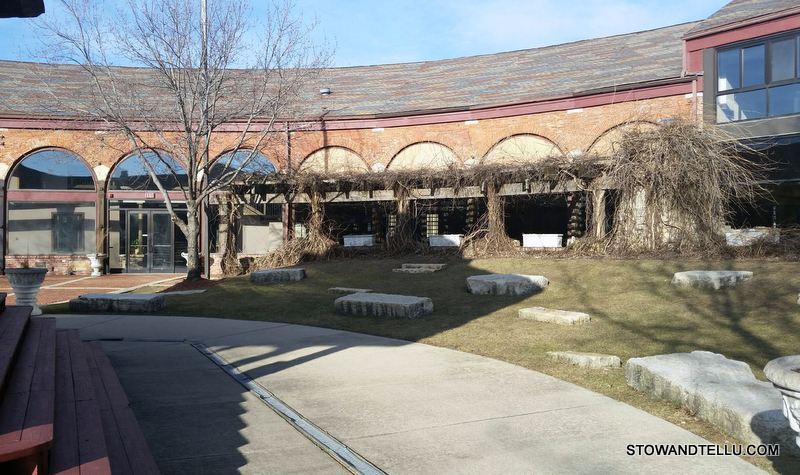 The inside portion of the building is hollow and is currently used as outdoor dining, parties and wedding receptions. 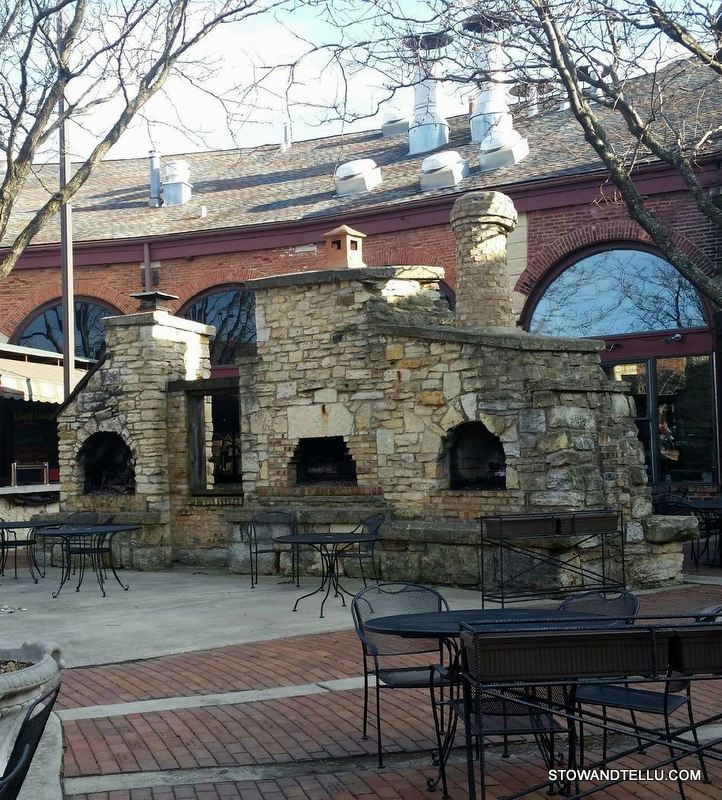 And it comes equipped with one AMAZING stone fireplace.

These last few weeks I’ve had two oral surgeries, a chest cold and a stomach thing. While I wasn’t up to working on any projects, I was lured out of the house a few times to do a bit of thrift shopping and indulge in the rustic setting of the Roundhouse for a spell.

Ain’t it just grand when an old building is salvaged, upcycled and re-purposed?

Have a great weekend ~ Amy