Bachelor/Bachelorette parties seem all the rage these days. Guys and gals teaming up together to throw a co-ed party for the couple getting married, and they’re getting pretty creative in the process. Some of the ideas I’ve seen are the bachelor/ bachelorette party bus, the b/b bowling party, the b/b party cruise and even the b/b trip to Las Vegas. 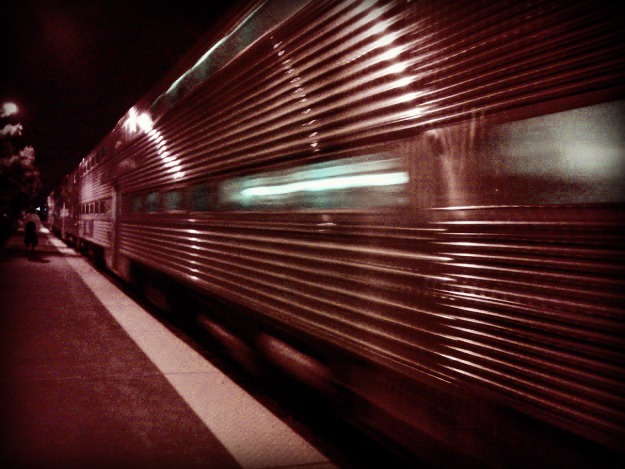 When my husband and I were getting married a few years back, our very resourceful group of friends thought it would be ideal to have a bachelor/ bachelorette party on the train. Living just outside of Chicago, we have access to several commuter train lines called the Metra. The rails run like an artery out of the city to many of the surrounding suburbs. Most of us live near, or just off any one of the train stops. 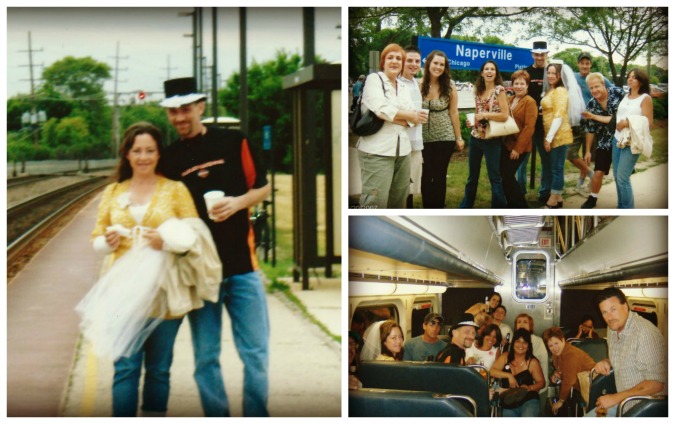 A whistle stop bachelor/ bachelorette party, if you will, because we didn’t take the train into the big city, rather we all hopped on the train at our various suburban stops and met up with each other at a predetermined locale. From there  we did a pub crawl of sorts at various train stops along the route.

It was cost effective, at only $7.00/ per person for a weekend train pass. It was safe, as there was no drinking and driving involved. Most of all it was a chance to get together with all of our close friends and whoop it up before the stress of the big day!! 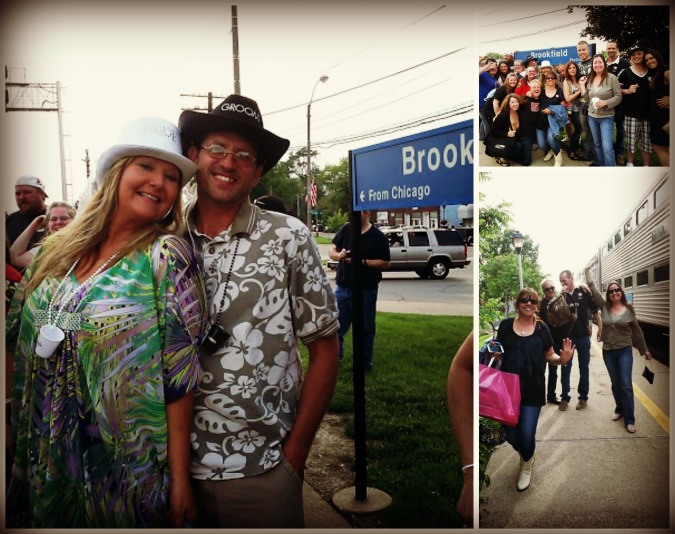 To say fun was had by all would be an understatement, so I will spare the details; however, when another couple in our gang announced their nuptial intentions, we didn’t have to think too hard to plan for their bachelor/ bachelorette gig.

Once again keeping cost, safety and location in mind we set off for another whistle stop good time celebrating with Lisa and Keith!!

Feeling inspired by the cute and whimsy Bachelor/Bachelorette Scrapbook project from my blogging friend, Vicky of VeryVic, I’m hoping to put together a scrapbook gift project for Lisa and Keith. 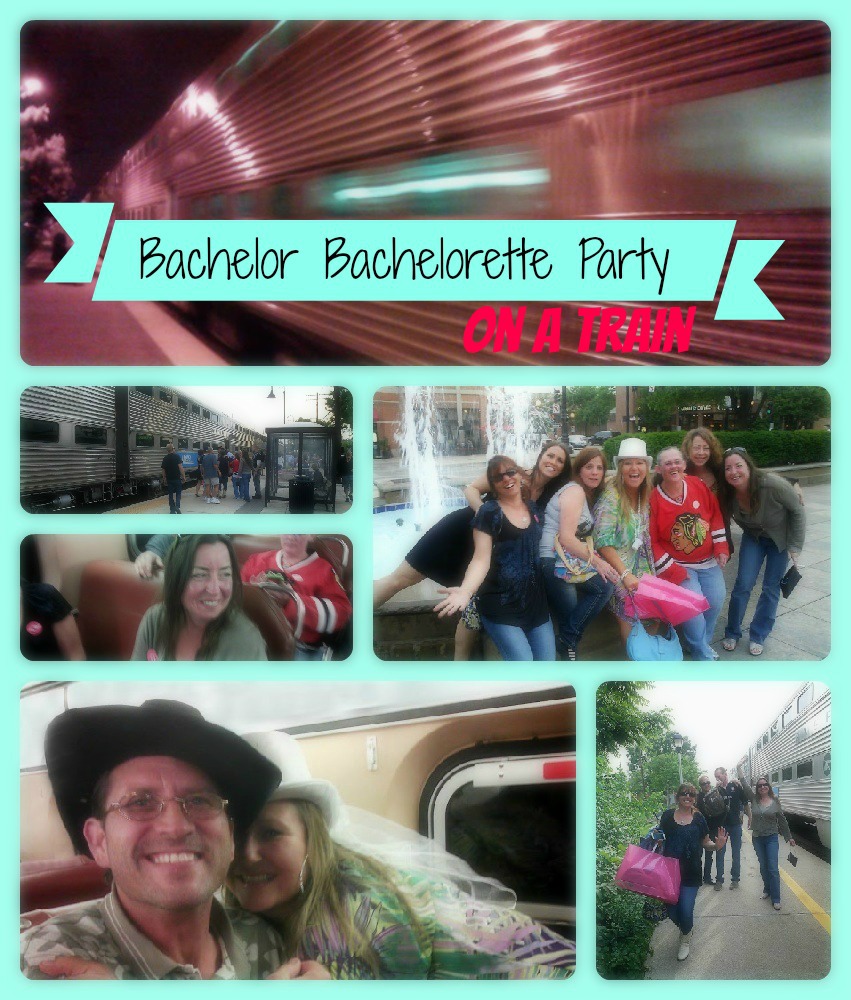 In the meantime, you may have noticed the fancy photo layouts in this post. That’s because I recently joined an online photo editing format called PicMonkey. 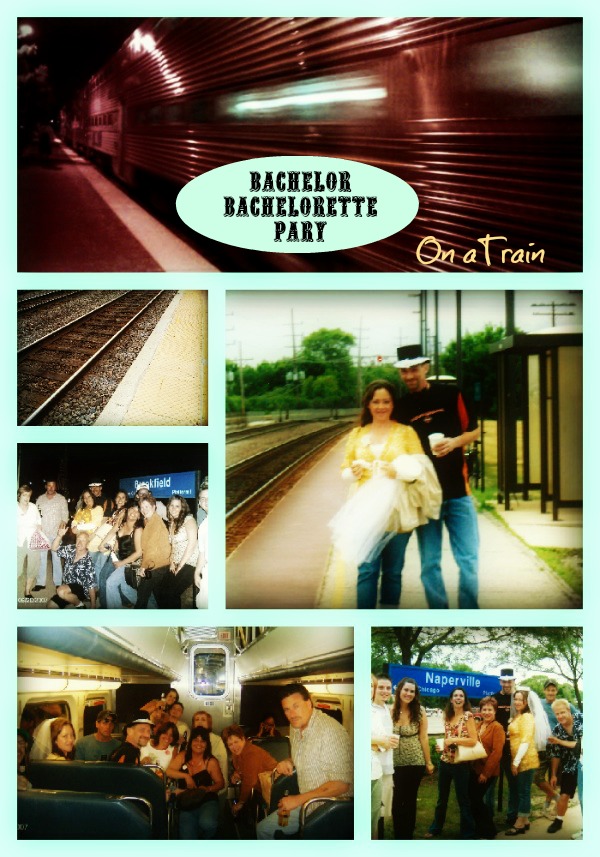 It’s pretty fun!! As you can see I’m trying out all the bells and whistles!

Also, Ken made me promise that if I used these photos,  I would mention to you all how much he disliked wearing that hat.

If you are getting married or know someone who is, I can tell you from my own experience, that I highly recommend the bachelor/ bachelorette party concept. The party-on-a-train idea was just about using our resources by location. There’s an abundance ideas out there for bachelor, bachelorette and co-ed parties. Check out my Getting Married Pinterest board for more.

Do you live near the beach, the mountains, the great wide open? Keeping cost, safety and location in mind, what resources do you have nearby to throw a memorable bachelor/ bachelorette party?