Imagine if you had a knock at the door one day, and it was a group of tattered looking soldiers who said,

“Hi. We just fought this this huge battle and we seem to have gotten snowed in. We’re going to need you to let us move into some of your homes and ask that you share your food and resources with us. Our best guesstimate is that we should be out of here, come spring…”

Because that is kind of what happened back around 1777, when General George Washington and his army settled in for the winter at a Quaker settlement just outside of Philadelphia that is today known as Valley Forge National Park.

For the last 100 years, the realization of the importance of this historical location has increased. Restoration has been underway on and off throughout. 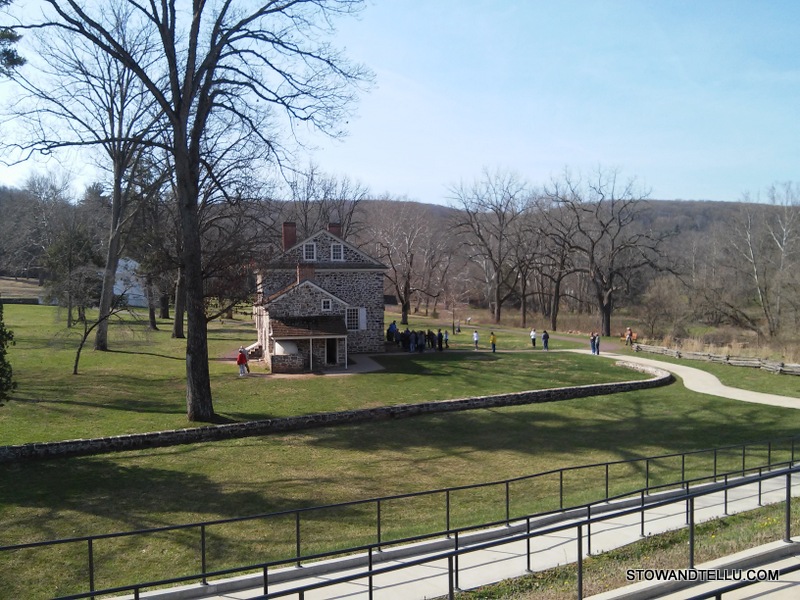 Glimpse of the restoration at Valley Forge

Here are some photos of the most recent improvements from our trip to visit my son in Philadelphia a few weeks ago. 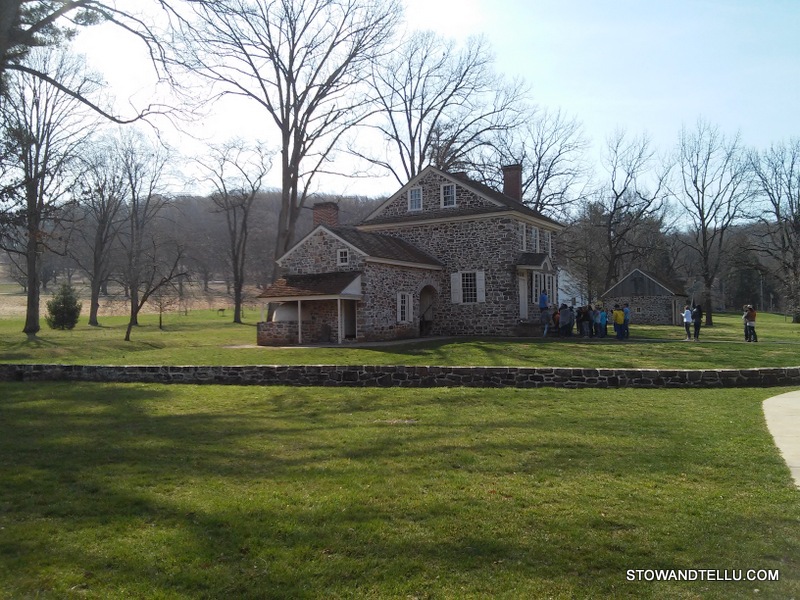 The house known as Washington’s headquarters was not built for military operations by far. It was merely the home of a family home, but for the duration of the winter encampment, it was rented to the general and his group and became like the Pentagon of the time.

Great lengths have been taken to restore it to what it was like at the time of the Revolutionary war. For example, if you tour the inside, you can touch the stair banister that was once used by George Washington, himself.

You can see the earliest known photo of this home, here. 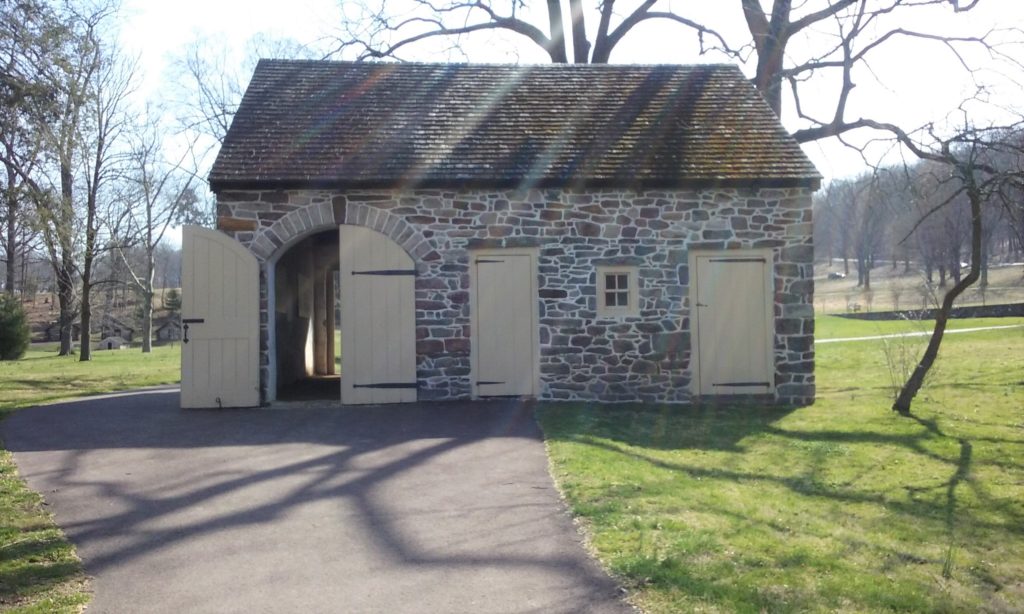 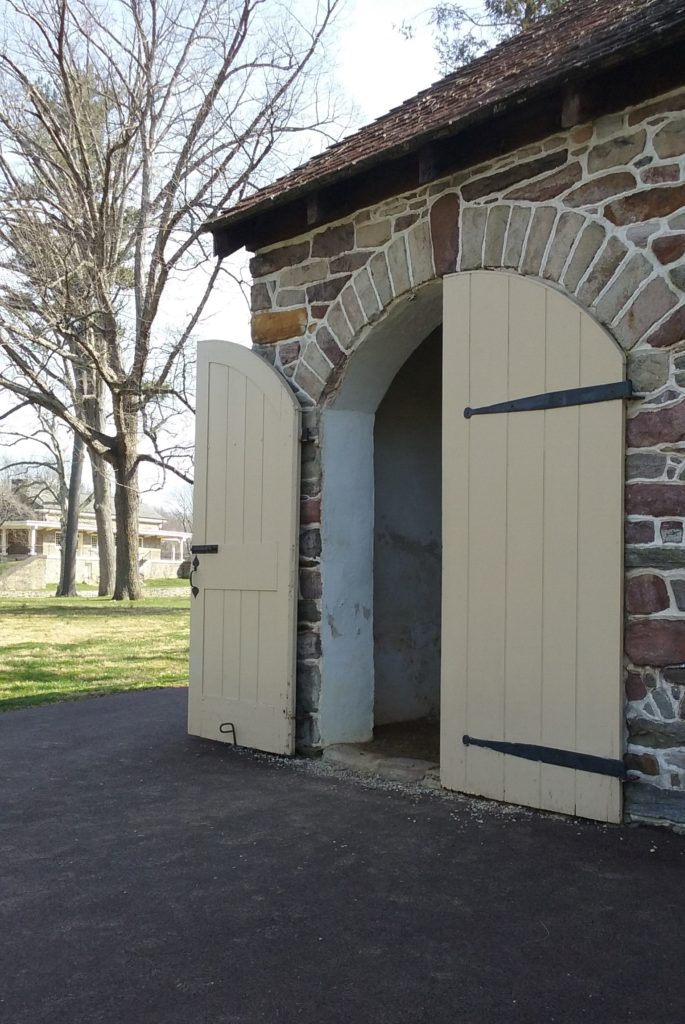 This was one of the out buildings, that may have been a barn in purpose, but was also used to house and repair military implements at that time of encampment. 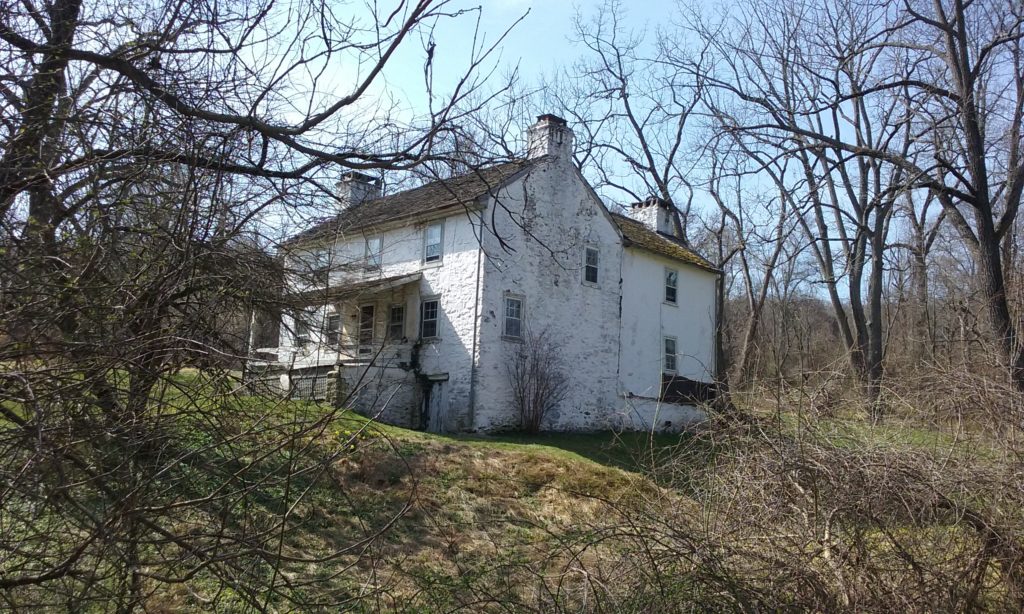 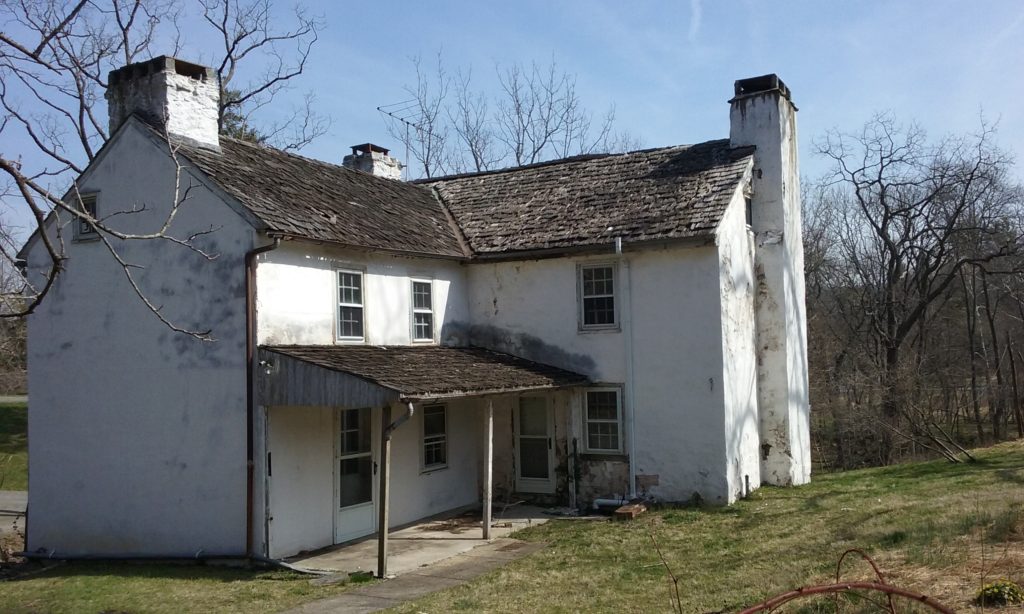 This is one of the other homes just down the way near the start of The Horse Shoe Trail. Though it has not been restored, you can see some tell-tale signs of it’s original beauty and age. Note the 12 pane windows hidden behind newer window screens and the architecture of the chimney formations. 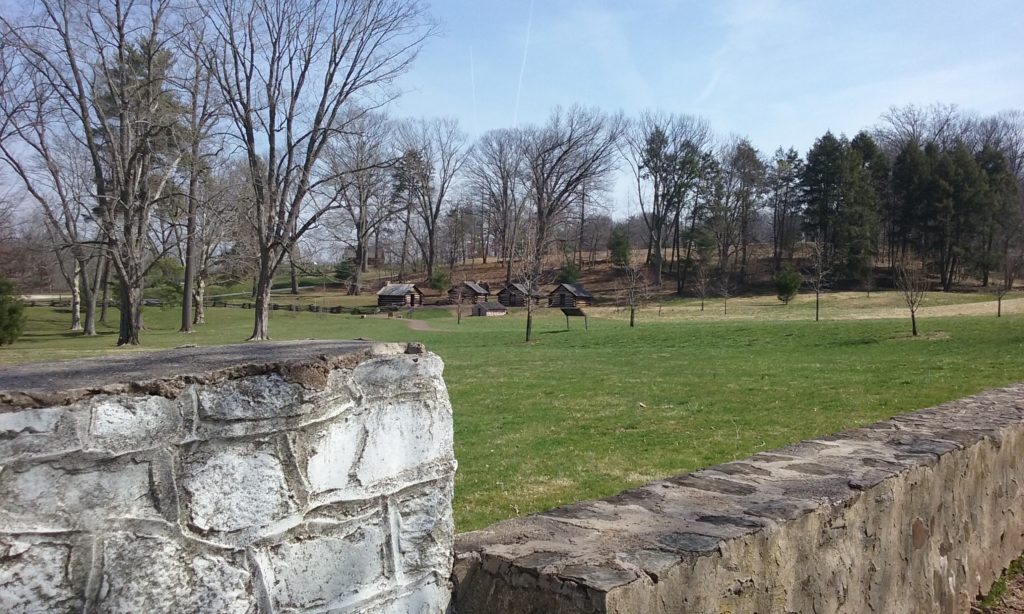 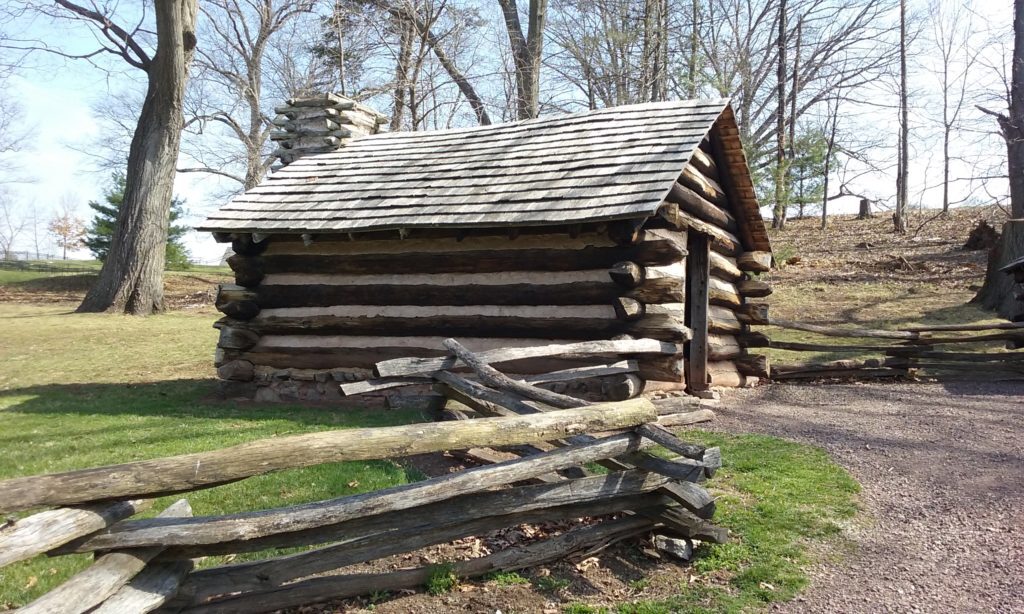 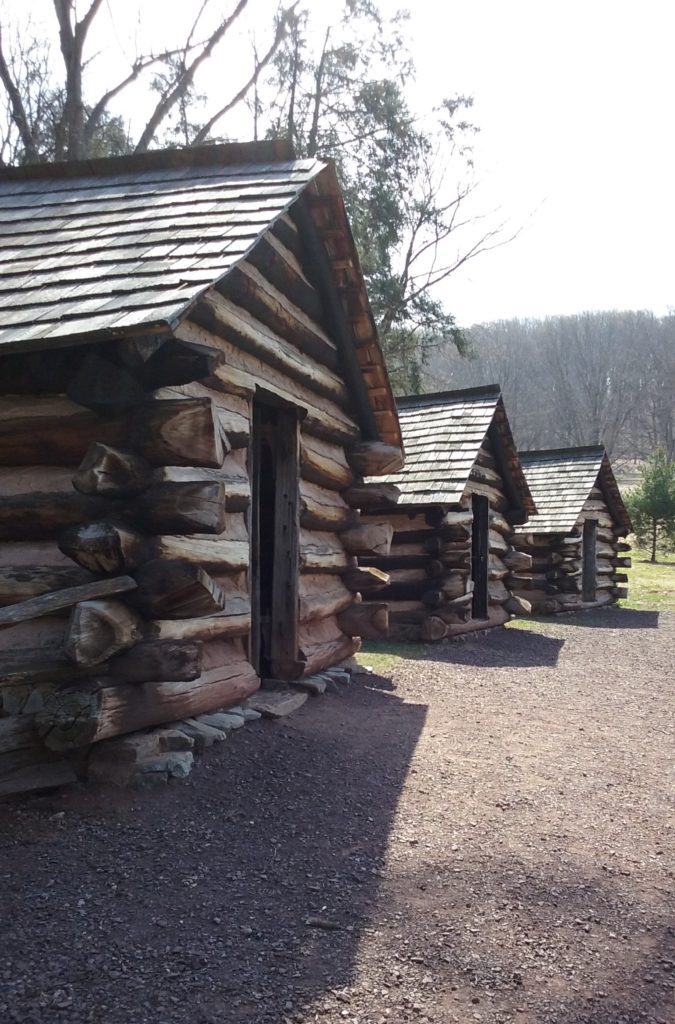 At first Washington’s guards slept in tents, but cabins were built shortly there after. If you walk inside, you see a hearth flanked by two sleeping areas or bunks. You can see several of these cabin structures places strategically along the grounds of the park as you drive. 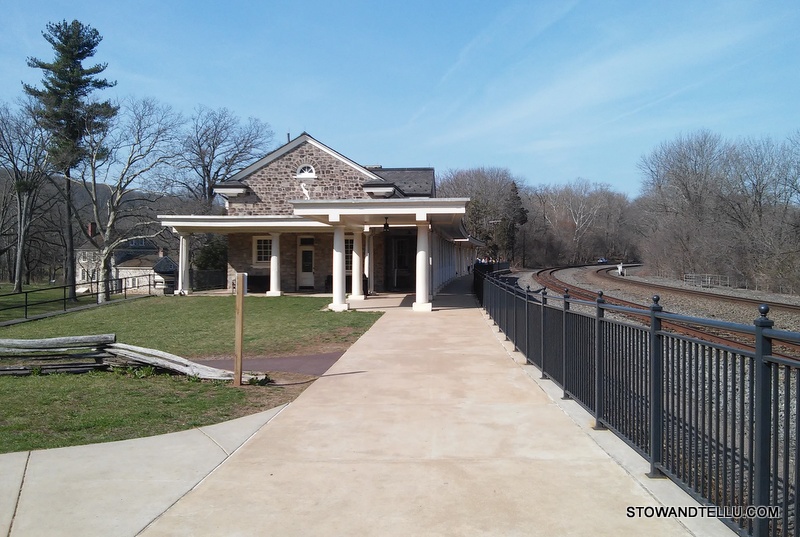 Since the railroad didn’t come into existence until the mid 1800’s this station would not have been there during the time of the encampment but restoration has brought it back to it’s original beauty, as you can see in this photo. 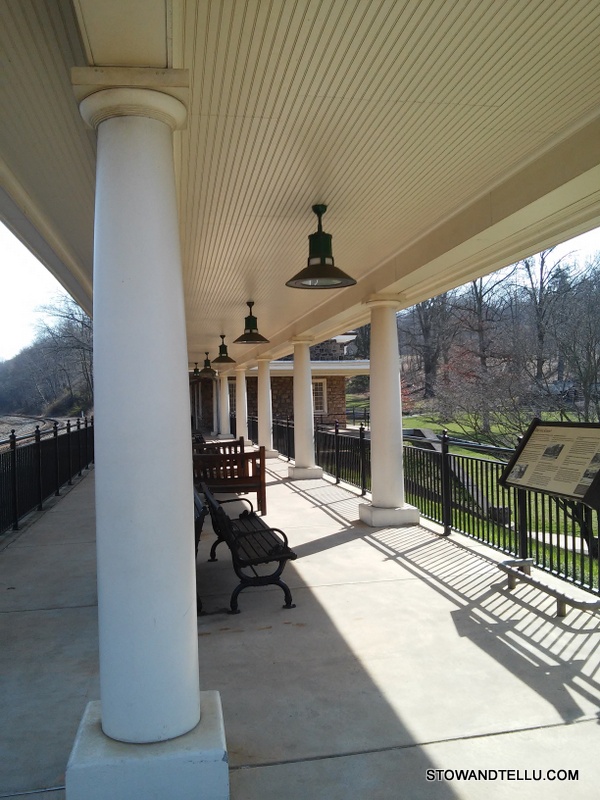 You can read about the rise and fall of activity in this area throughout the last few centuries, here, and how this train station would have been quite bustling at one time. 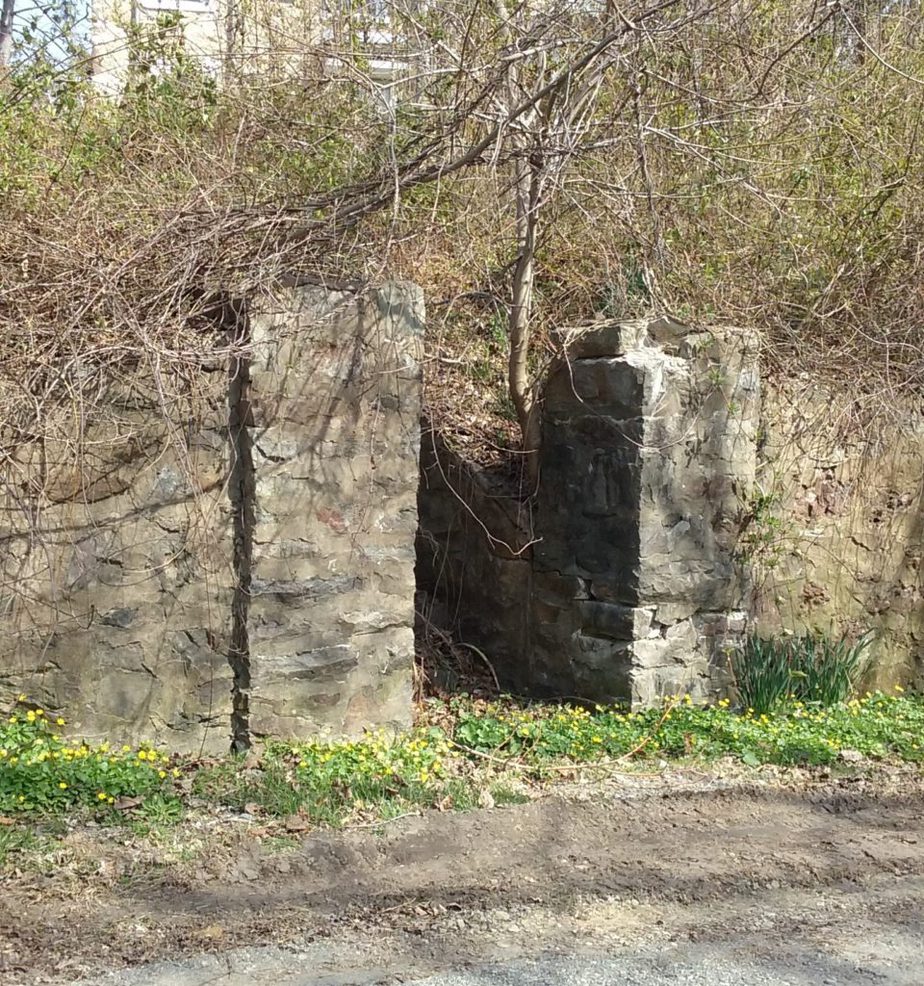 Some of the trails were under construction, but several of them venture off deep into the woods where ruins and centuries’ old structures can be found. 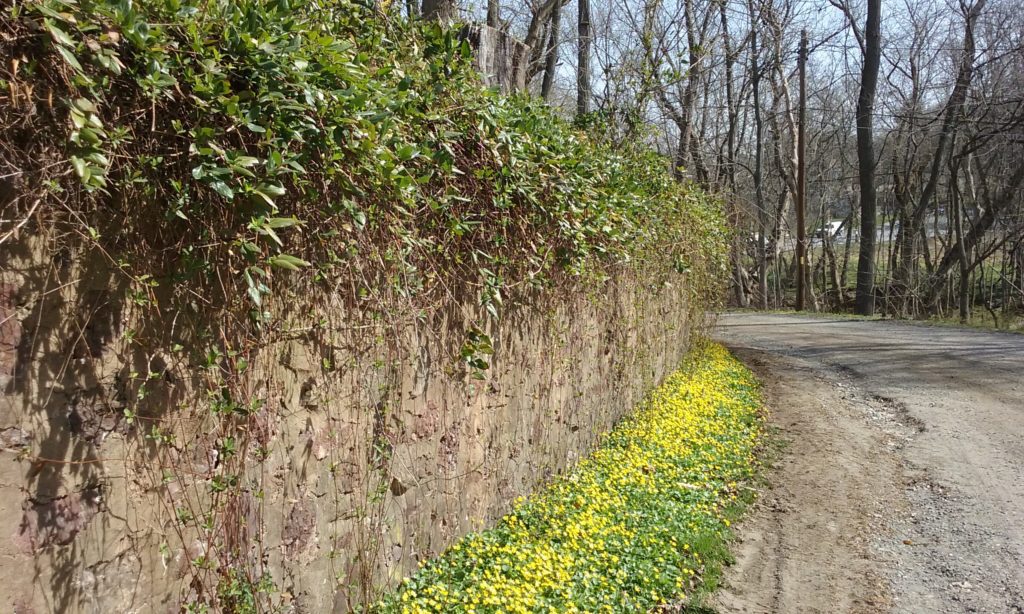 I found this stone wall and stairwell quite charming.

Notice how narrow the stair well is? Also notice the mortar to stone percentage? Was it built this way to last or a shortage of stone supplies? Either way, the stone wall seems to have held up quite well. 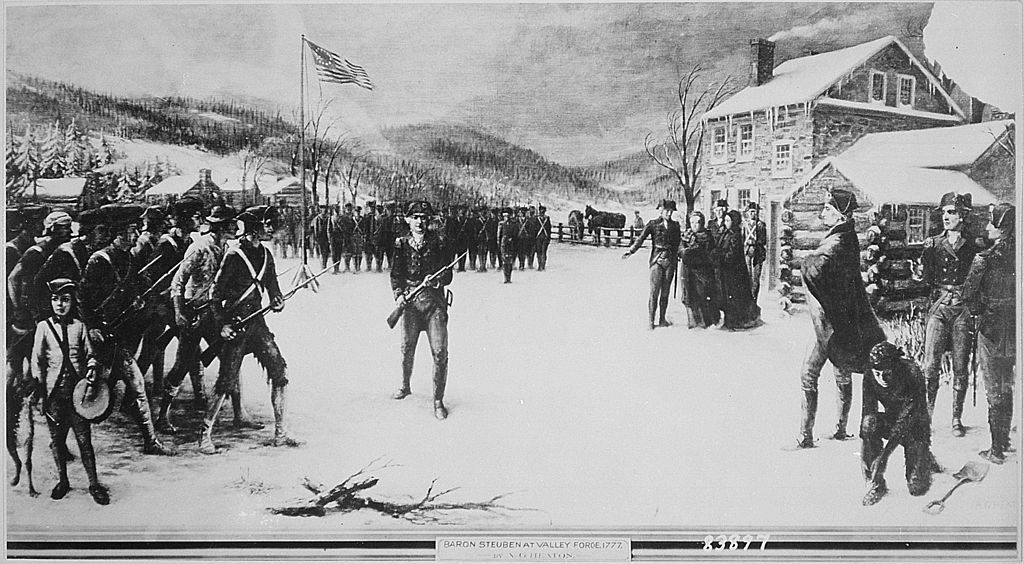 In 1777, something as simple as a knock at the door changed the history of this area forever, (read more about how it really happened, here). The park’s restoration continues and whether you are a history buff, or you have a love for older architecture, or you just happen to be in the Philadelphia area, Valley Forge is a peaceful and beautiful place to retreat.

Much of the restoration that is taking place at this park is being done with intent to accuracy. I was amazed at how much of the design style of the time has carried itself though to the houses that are being built today. Would you agree?