Here is a warm blast from the past for TBT, as in “old postcards,” if you will, from our trip to Puerto Vallarta, Mexico. These postcards would have been to my son, who was taking care of our Kitty while we were away. 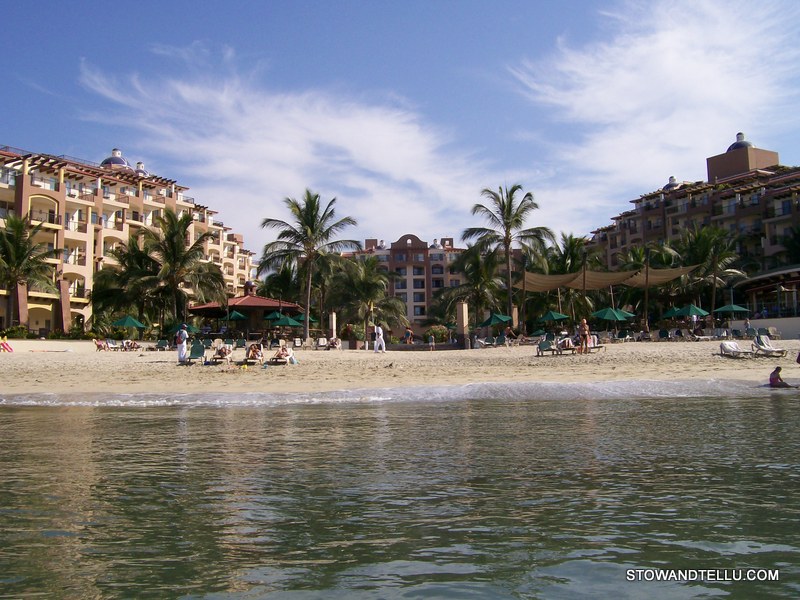 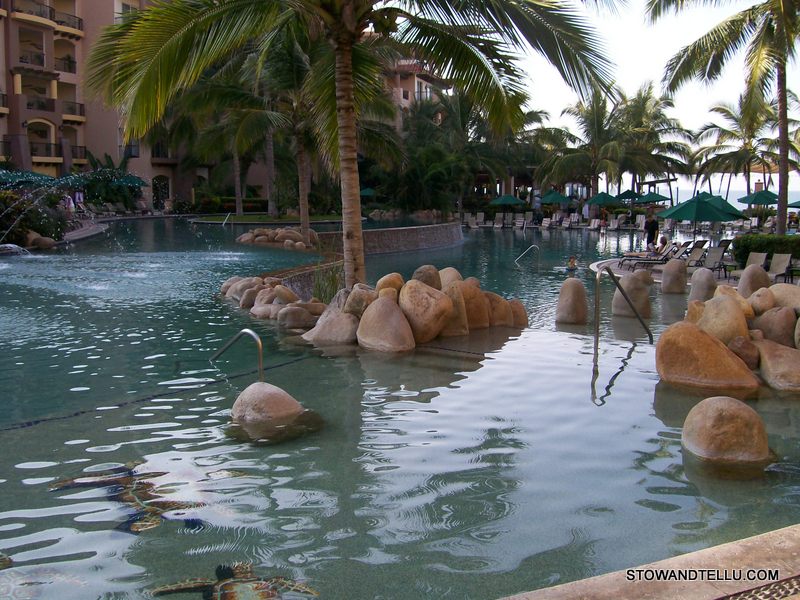 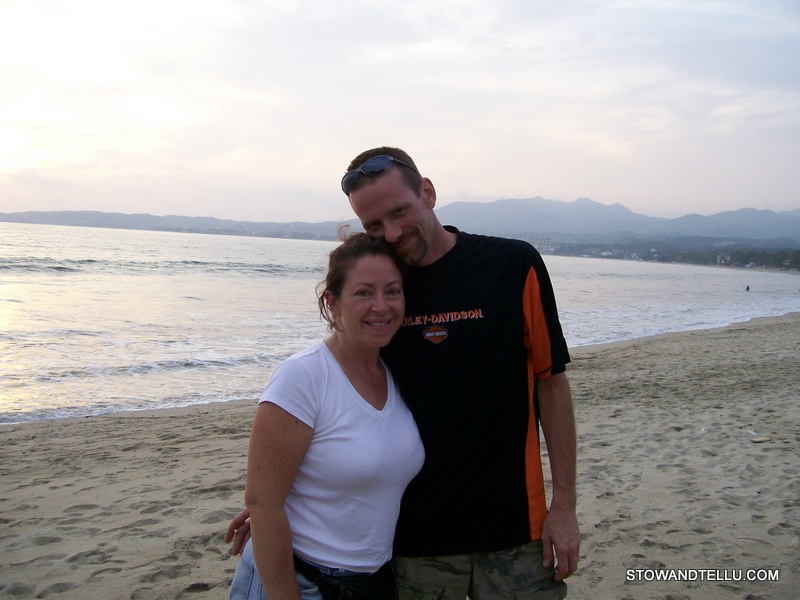 Our hotel is actually in Nuevo Vallarta, where hotel upon hotel lines the beach and each one is more lush and tropical then the next, but it’s all “nuevo”, not that I’m complaining. Ken and I spent the whole first day at the beach. You wouldn’t believe how warm the water is!! Watching the sunset while dining is the thing to do in PV, so at night we took a half-hour walk down the beach to an old fishing town called Bucerias. We ate at a little surfer-type shack called Mariscos El Gordo (The Fat Boy Seafood.)  You can dine in your swimsuit, so we will be going back. Tomorrow we’re taking the bus to Puerto Vallarta, where I’m looking forward to seeing some el viejo (some of the old parts of the city)! 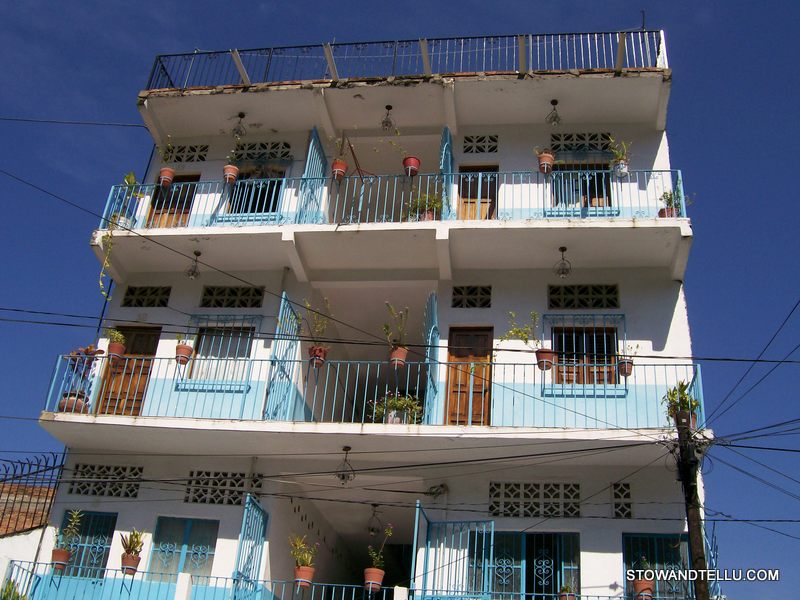 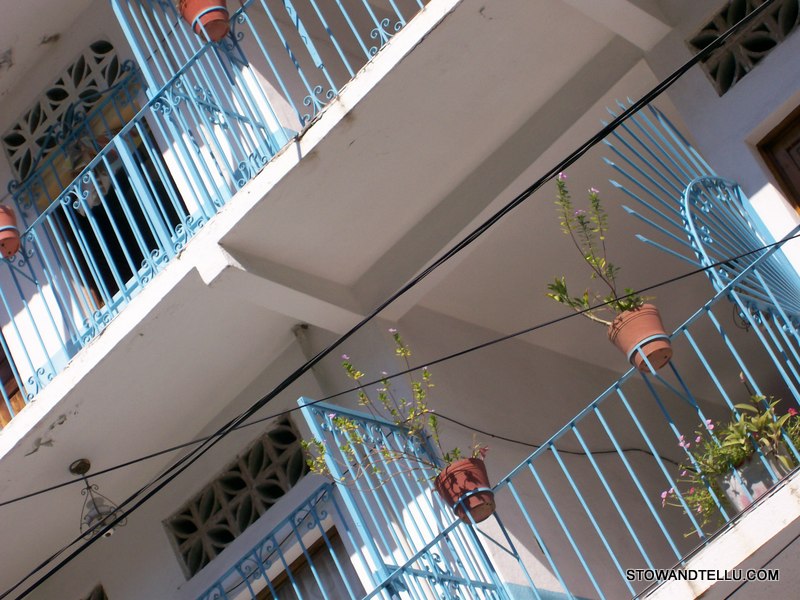 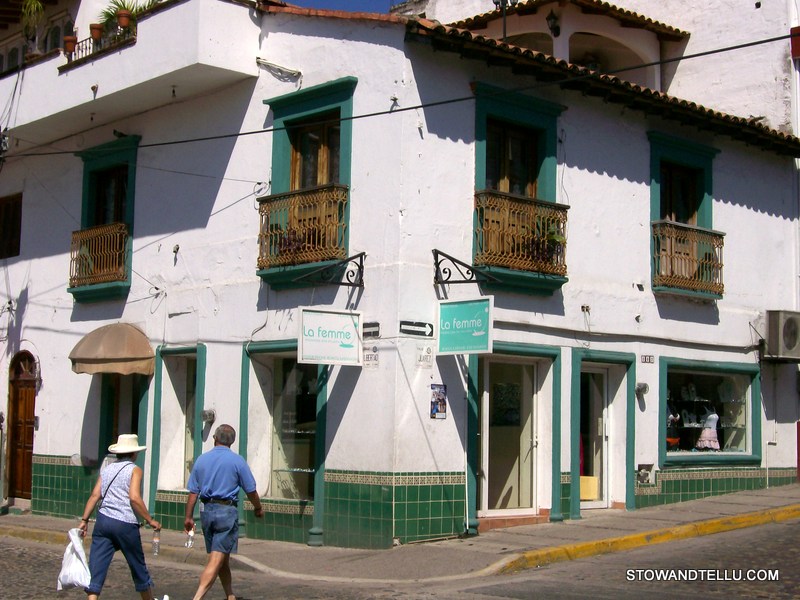 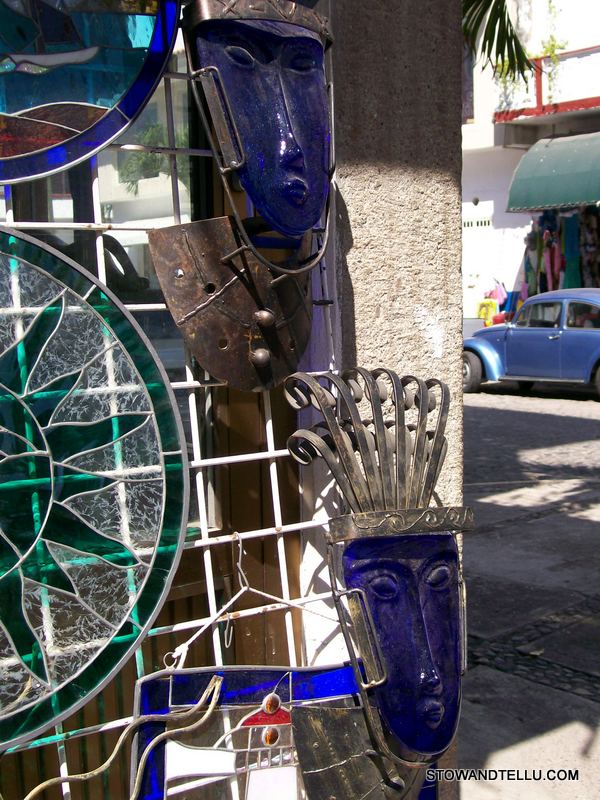 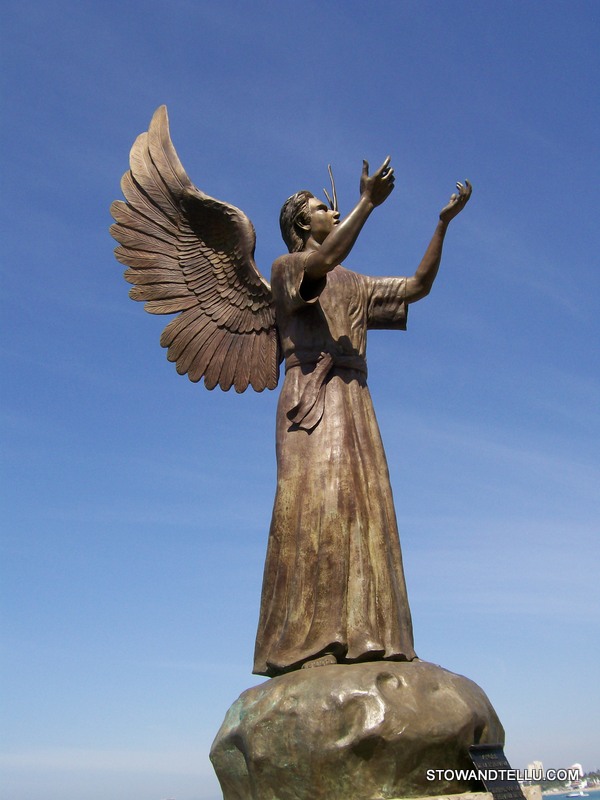 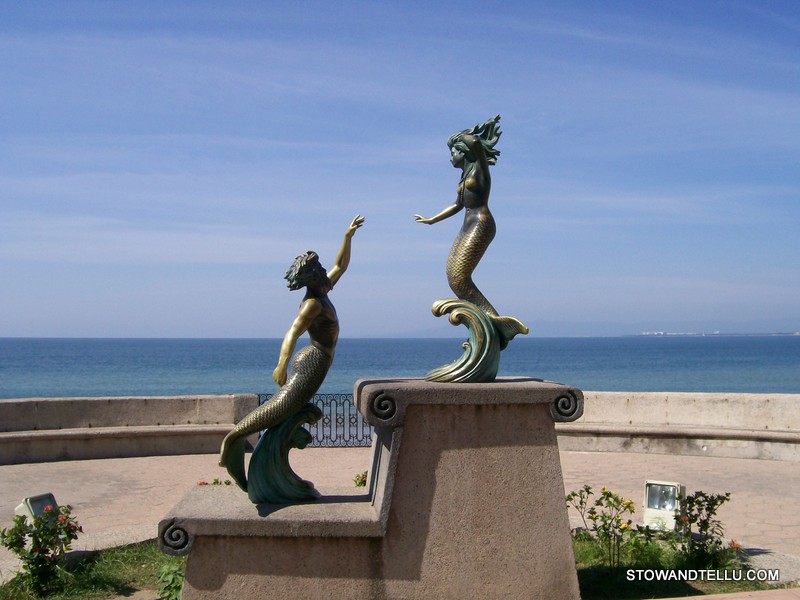 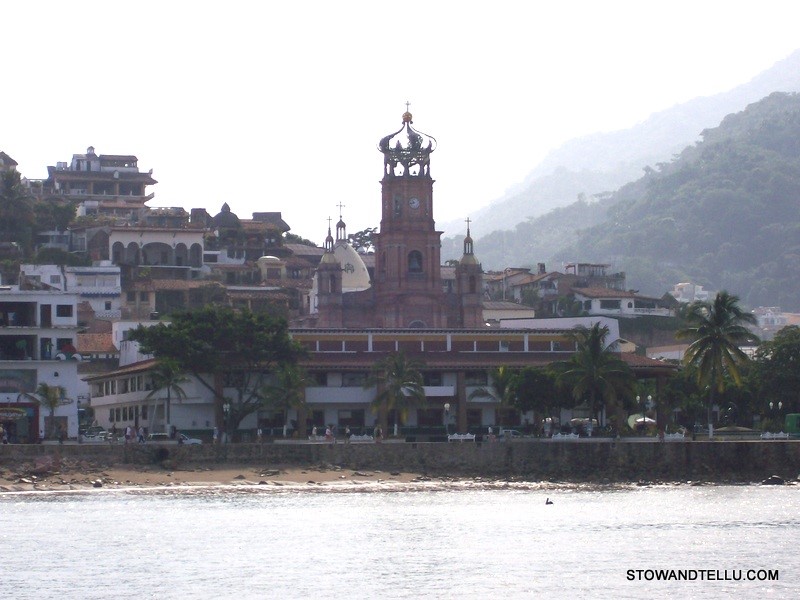 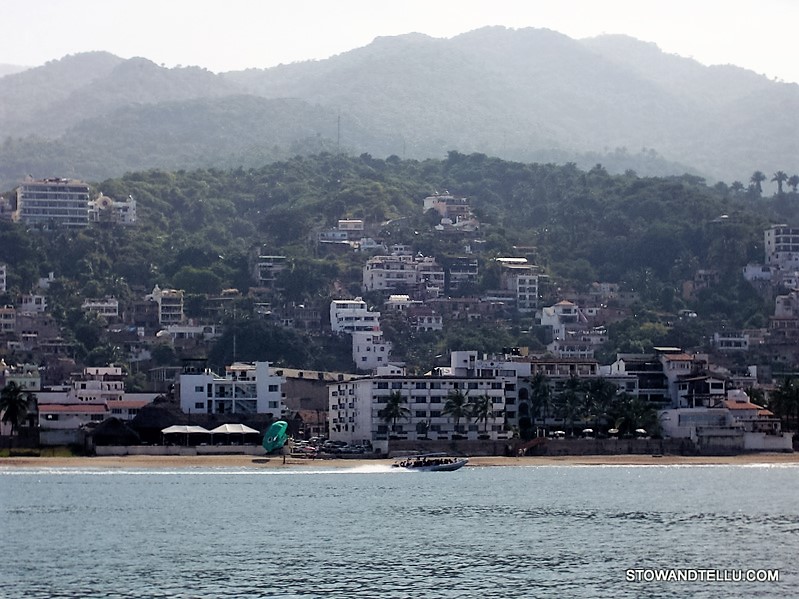 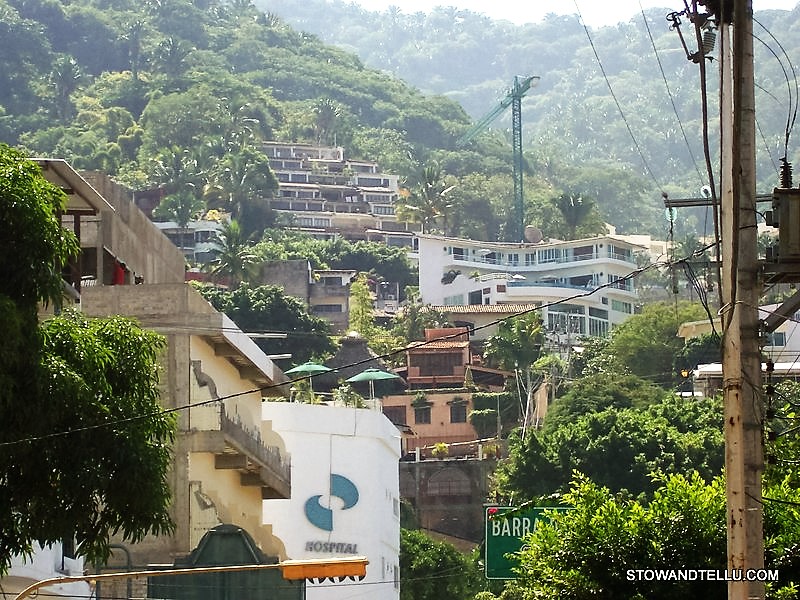 On our bus ride to Puerto Vallarta, we had the pleasure of a local musician serenading us all for the ride. When we reached the downtown area I was in awe of the entire city, as in, I didn’t know where to look first. The whole city is built up into the mountain sides. If it weren’t so beautiful to look at, I might start thinking about how easily it looks like it just might fall. The tropical climate is celebrated with colors, native artifacts and potted plants everywhere you look. The Spanish inspired architecture is just stunning. And oh boy, it is HOT!! 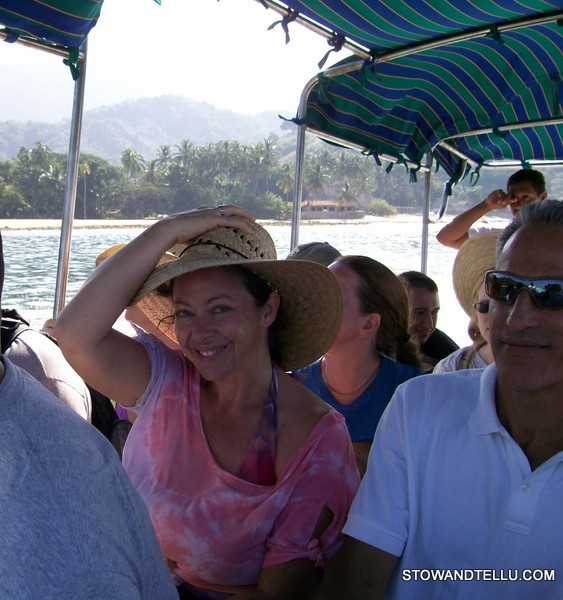 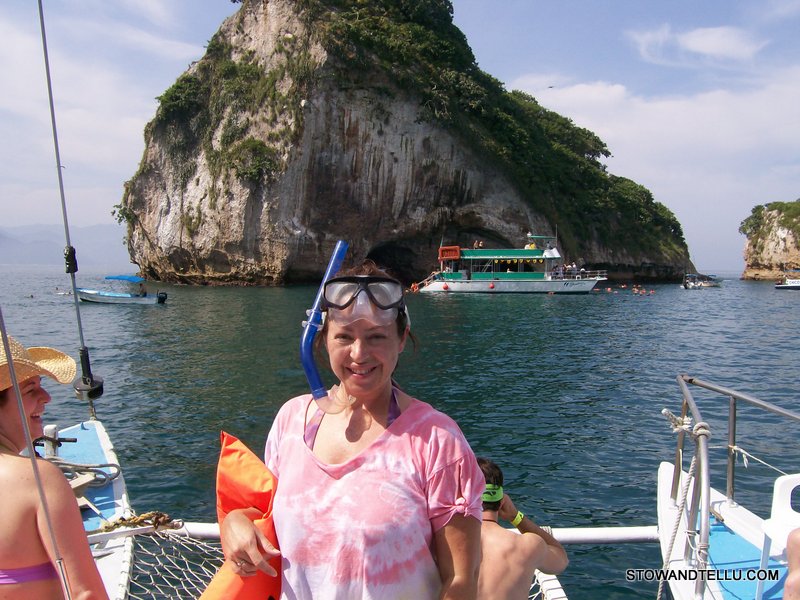 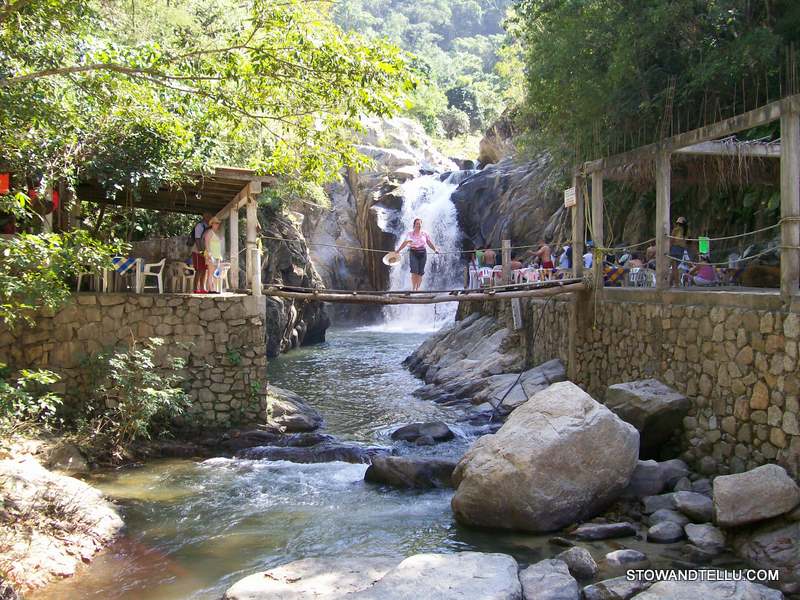 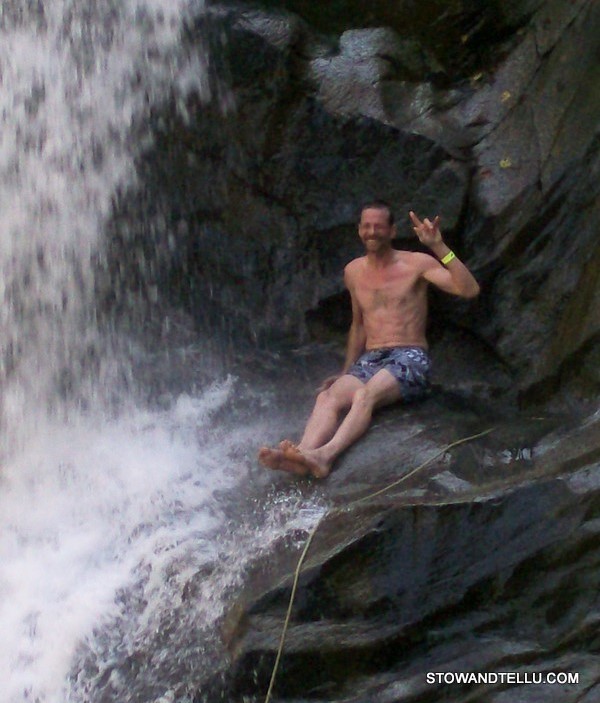 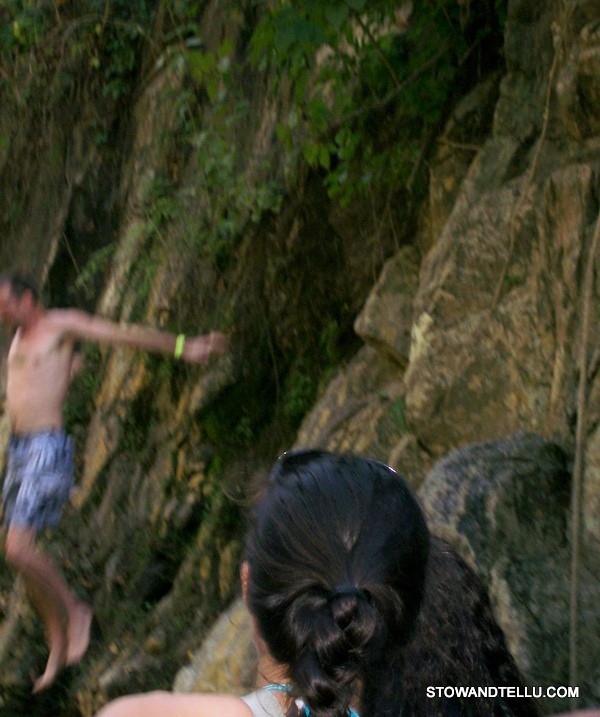 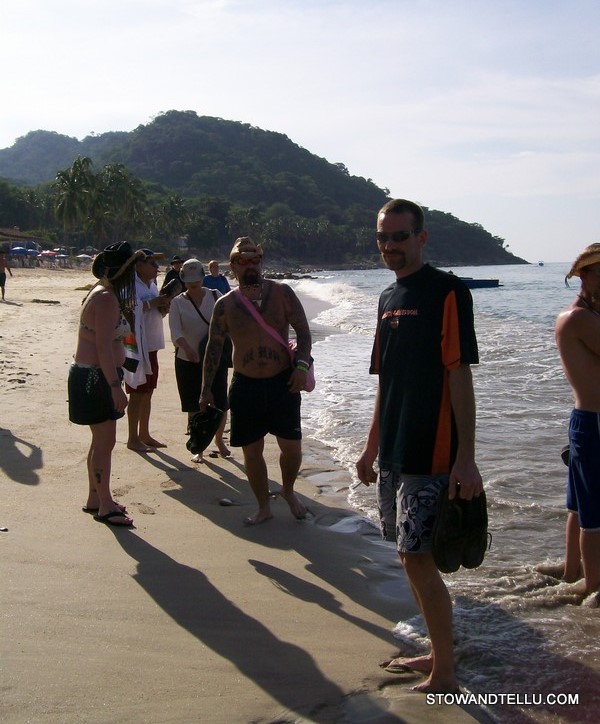 We signed up for an all day catamaran trip which has been one of the most adventurous things I have ever done. There were a lot of firsts for both Ken and I on this boat ride, as in the first time I have ever gone snorkeling, although the tour guides had to throw food into the water to get the ocean fish to swim around us. The first time Ken has ever jumped off a waterfall. He’ll never let me live down the fact that I only captured half of him jumping off the cliff side. Don’t worry, he survived. And the first time we’ve ever been dropped off by boat, beach-side, to dine in little grass huts while watching the sunset. Because that’s what you do when in Puerto Vallarta!

PS: Take good care of Kitty and we’ll see you on Sat. 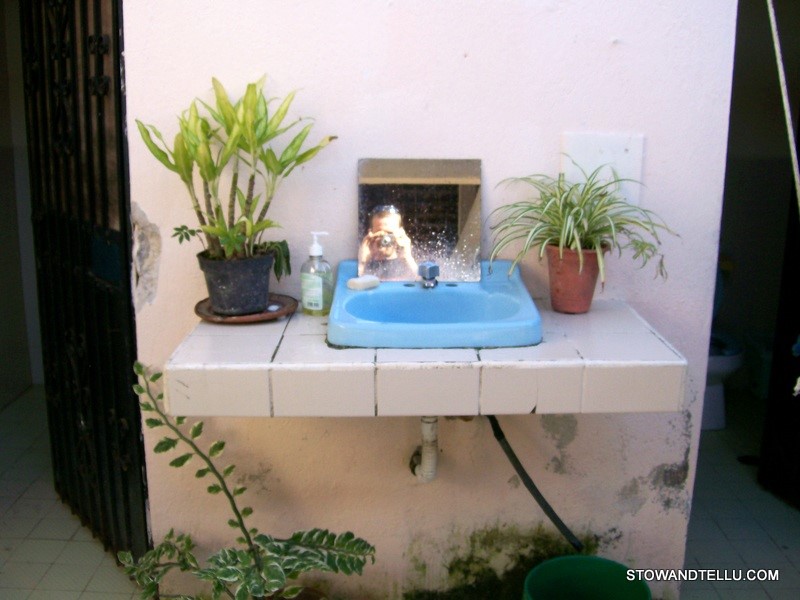 This was one of my favorite photos from the trip.

The best way to describe it would be a co-ed Mexican washing station. Apparently in old time Puerto Vallarta, the men’s room would be on the left (for example), the ladies’ room would be on the right, and a unisex wash station would be situated just outside both rooms. I saw this several times in some of the older establishments. I found it charming and representative of a culture that may or may not still be the norm in this city, but not something I had ever seen in the US or anywhere else, have you?