Nothing said spring like this brightly colored blouse I came across at the Goodwill a few weeks ago. It was pale yellow with accents of bright green, purple and orange. Made of a gauzy material, it had a kind of three dimensional texture with a flowery pattern running through it. Just too pretty to pass up! So… I bought it. Not to wear though, oh no,  it was  just a tad too springy and too colorful and perhaps too dated, gaudy, foofy…to actually wear… for my style, that is. 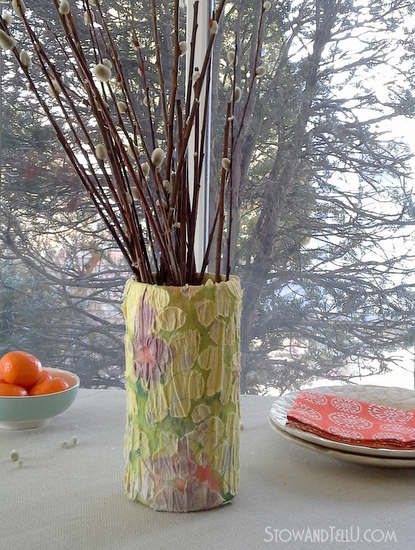 But salvaging it in some other way, shape, form or fashion…that had possibilities.

The sweater to cat bed project, had put me in the “upcycled clothing” frame of mind. I gave some thought as to what to make this time, and before I knew it, I had several ideas for how to repurpose the frilly fabric blouse for warmer weather inspiration…seeing as how I cannot count on the weather to do the job.

I was even thinking that I might get more than one upcylce out of this blouse, (are you jealous, yet?)

But first things first, I needed something for displaying a bouquet of pussy willows that I bought on a whim. 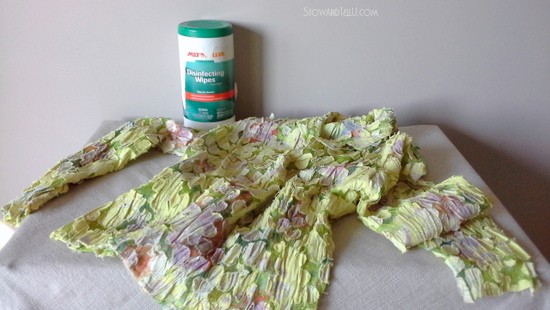 I had a plastic tub from some disinfecting wipes that was rather vessel shaped. I had the gaudy, gauzy blouse that shouted SPRING!!! I was good to go on making an easy spring vase.

If I didn’t mention it before, I made sure to give this blouse a really good washing before I got started. 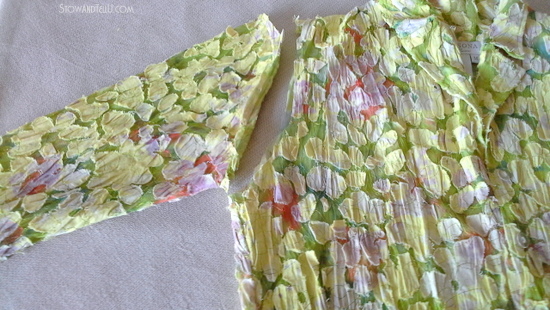 I cut off one of the arms of the blouse. 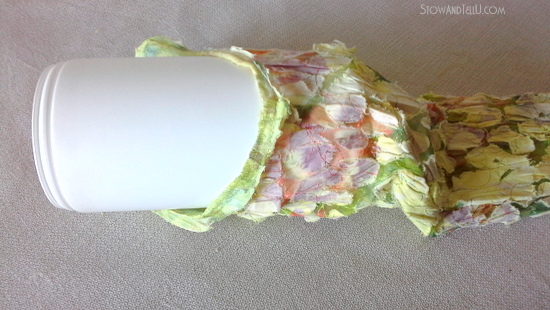 I slipped the disinfectant wipes tub into the piece of cut-off arm. 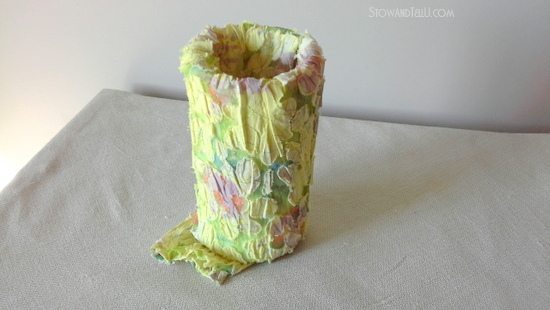 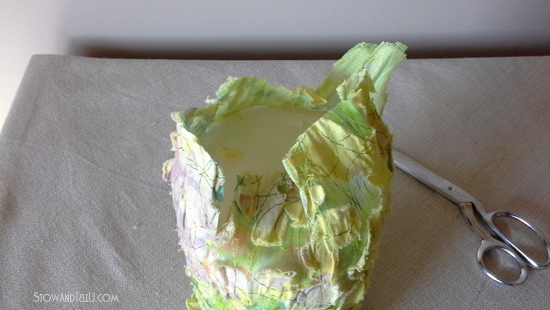 I trimmed the fabric down, and then made several vertical cuts along the fabric, so that I could fold each piece down and glue it to the bottom of the tub.

Next I flipped the tub over and did a similar tactic on the top, folding and gluing the pieces inside the tub. 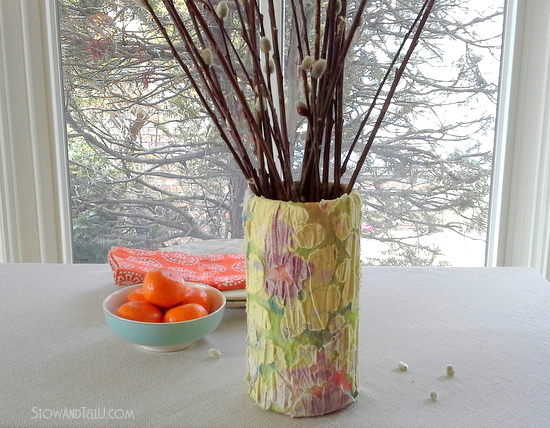 Set on a table or mantel accompanied by a few more modern decor elements, it just might brighten up the place, or space. 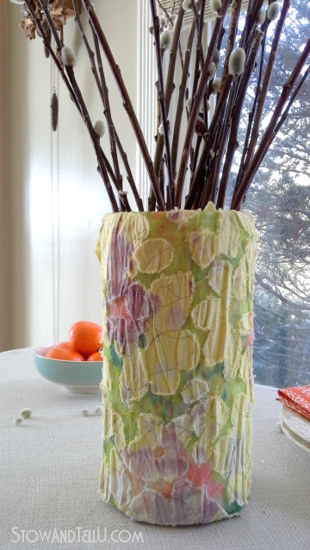 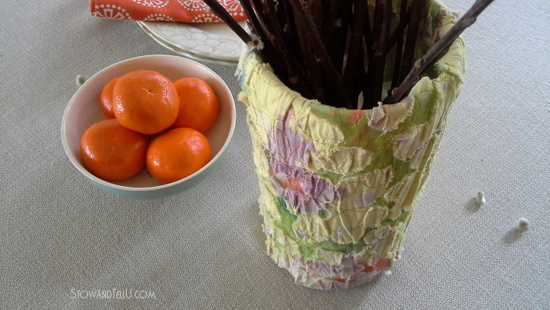 Have you come across an outdated or vintage piece of clothing that catches your eye because of the texture, color or pattern, but you know darn well you wouldn’t be caught dead wearing it? How would you upcycle it?

Thank you so much for stopping by ~ Amy

IF YOU LIKED THIS POST, TAKE A LOOK AT THESE!

« Turn an Old Sweater into a Cat Bed
Log House at The Homeplace: Land Between the Lakes Part2 »