Home » Uncategorized » The Lady from the Farmhouse
0 shares

The Lady from the Farmhouse

I purchased the image of this woman at an estate sale several years ago. The owners called her “the lady from the farmhouse” because all that they knew was she was hanging in a farmhouse that their parents once purchased. She was framed in a larger rectangular frame that was in very bad shape and there was considerable damage to the outer edges of the paper. Drawn to her mysterious beauty, I knew I had to salvage her image. Not sure how I would do that I made my purchase, brought her home, and put her aside for later consideration.

Eventually I came across an oval frame that wasn’t in great shape but it was the right size and an appropriate frame style from the era. I was also curious as to whether this was a photo, a painting or a drawing, and after some research I was able to speculate that this is a photo. It was probably taken sometime during the mid to late 1800’s based on the attire she is wearing and it is some form of carbon transfer photography. 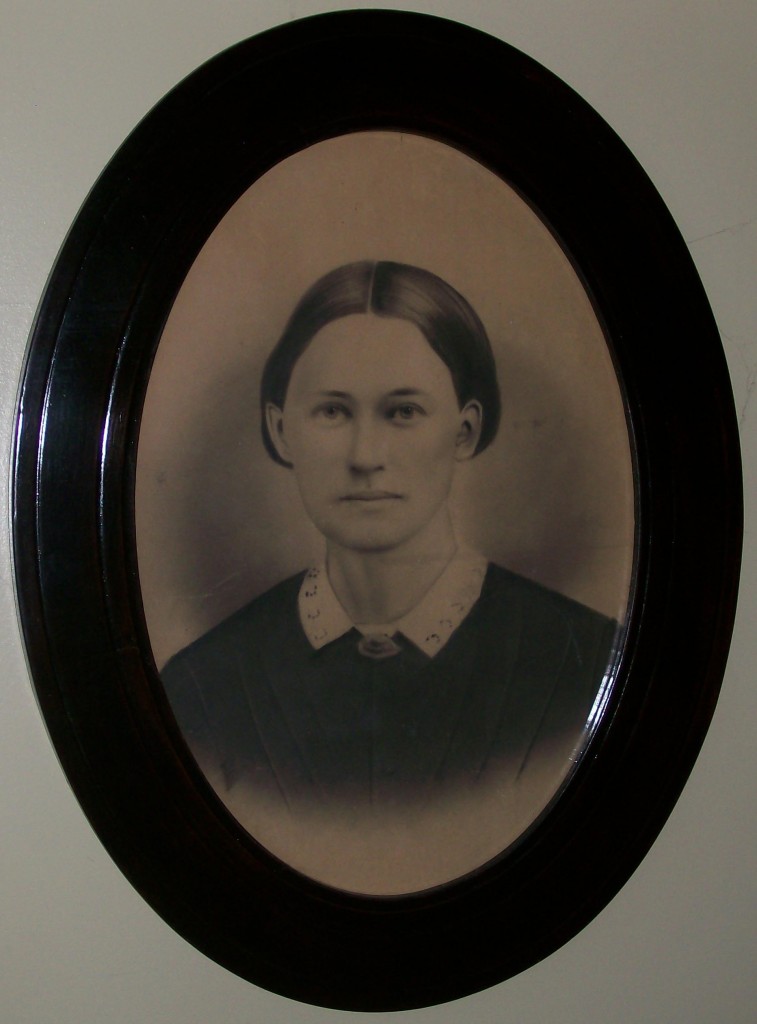 I would not call this an antique restoration as that would be another class of restoration entirely. My objective was to preserve the image while removing any damaged areas, yet keeping with the look of the era.

The oval frame was part wood part gesso, which is plaster. There were a few places where the gesso was damaged, so I had to patch those areas with drywall compound, let it dry and sand it.

To get the dark reddish brown color I mixed Mini Wax gel stain colors Hickory and Mahogany together. Using a paint brush I applied the gel stain in sections, and then went over it with a chip brush to create a bit of graining. I applied several layers until I felt it looked like authentic dark stained wood.

I used black artist’s chalk and a cosmetic sponge and very gently touched up the areas that were slightly scratched.

Cutting the picture down to fit the frame

Then I laid the cardboard oval over the photo image and centered it until I was sure it was exactly where I wanted it. I held down the cardboard and used a pencil to very lightly outline the oval, and then I cut the image out along the penciled line.

I wish I would have asked more questions about her when I purchased this photo, but whoever she is, knowing that I was able to preserve something over 100 years old is very satisfying to me and well worth it.