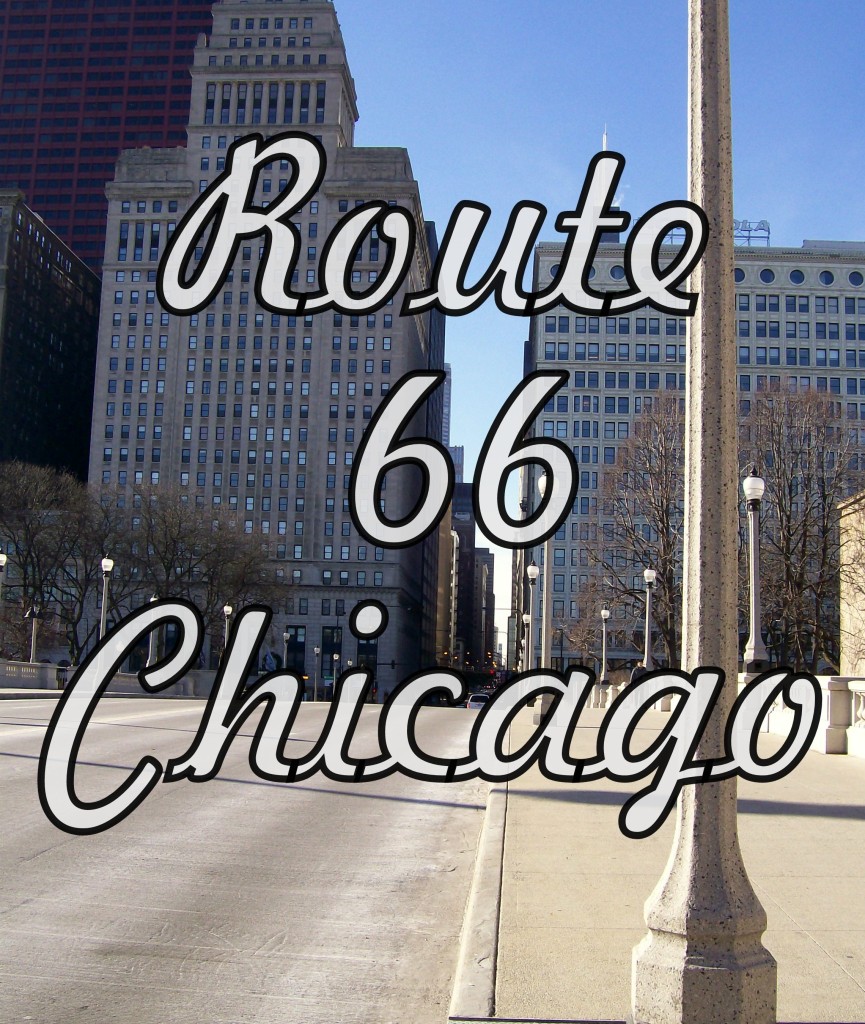 The original beginning of Route 66

The beginning point has changed several time throughout the years due to road enhancements and traffic re-routing. From all of the information I can gather, the original start of Route 66 was at the corner of Jackson Boulevard, and Michigan Avenue, circa 1926 through 1933. The corner of Michigan Avenue and Jackson Boulevard is considered, in most of the references I have come across, to be the original starting point or beginning of Route 66, in the east. 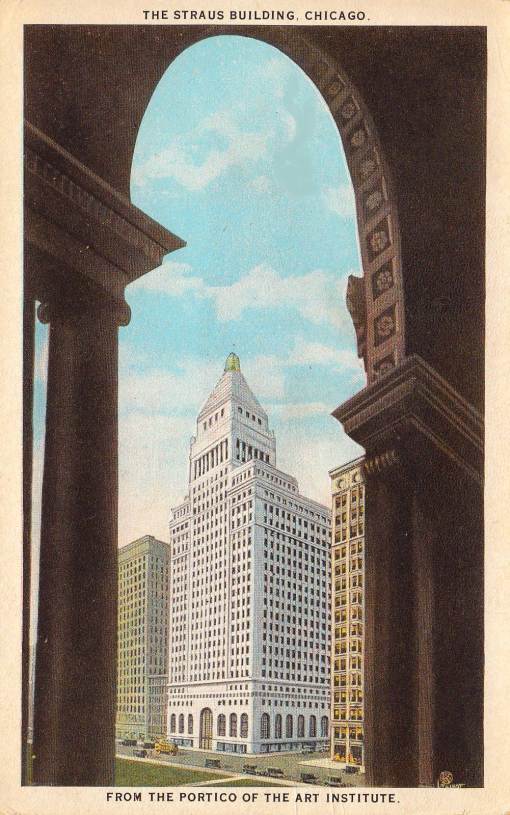 The postcard image above, provided by, Chuckman’s Photos on WordPress, captures a view point from just inside the arches of the Art Institute of Chicago, looking southwest toward the corner of Michigan Avenue and Jackson Blvd.

It appears by the title that the purpose of this image was to capture the Straus Building in all it’s glory; however it actually captures the corner of Michigan Avenue and Jackson Boulevard quite nicely circa 1920, very near to the time when Route 66 was being designated as a highway.

Note that the Sante Fe Building is to the right of the Straus Building, on the north side of Jackson Boulevard, at 224 S. Michigan Avenue.

What does the original starting point of Route 66 in Chicago look like now?  I was hoping you might ask that. 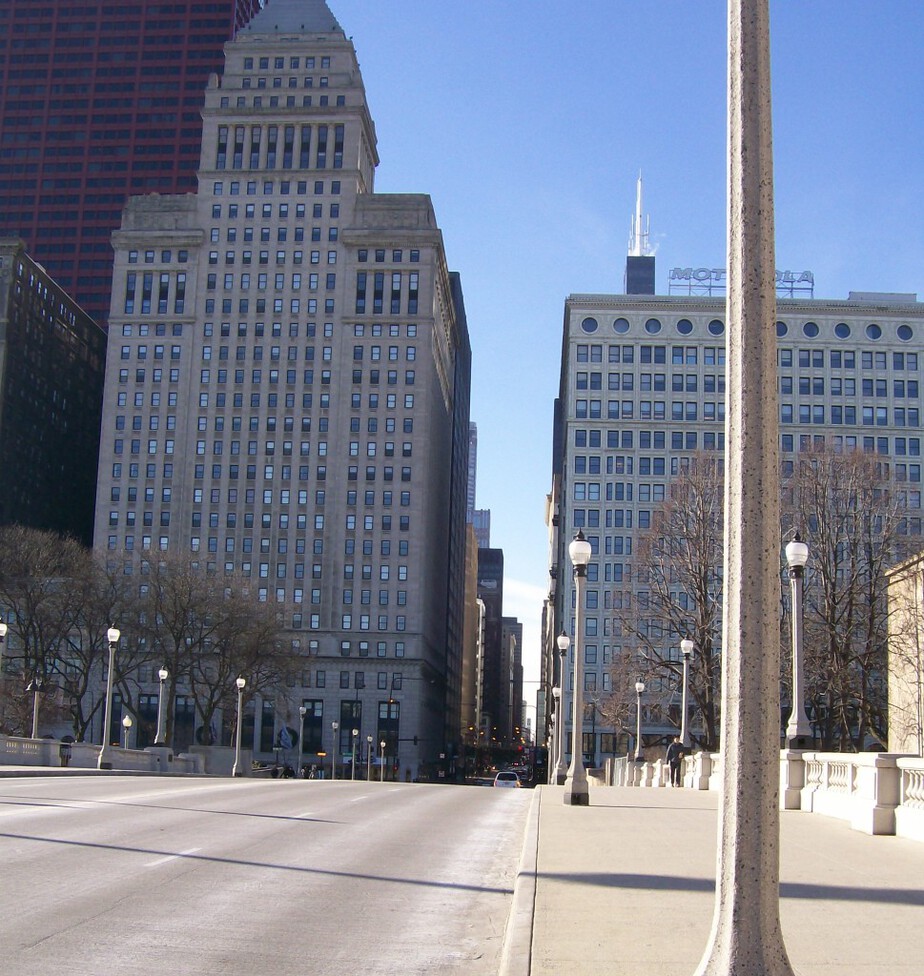 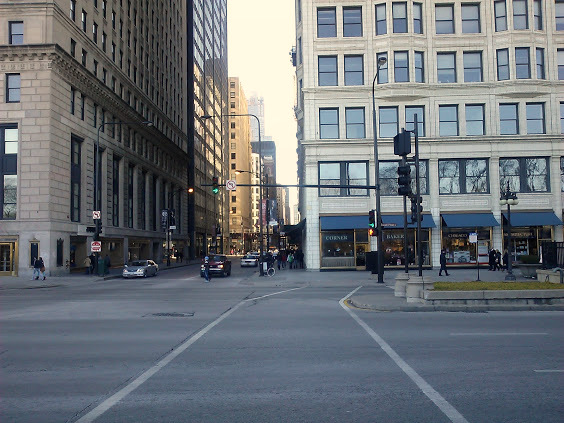 Here is what the original beginning of Route 66 looks like now, or at least as of December of 2012.

What is still the same?  Note that the Straus Building is still on the left, and the Sante Fe Building is also still standing and on the right.

What has changed? The Straus Building did have some changes made at some point, as you can see that the arched windows have been replaced. Back in the 1920’s, Jackson Blvd ended at Michigan Avenue. That changed while the original route was still up and running, throwing a curve ball into “where” the beginning point would be located. Currently Jackson Blvd continues east to meet and end at Lake Shore Drive. Thus re-naming that location as the beginning point of the route.

Do you want to see a little more?  Because I just so happened to make a short, little video

on You Tube, check it out

Where is Route 66?  I can tell you that Route 66 is not so much a place, as it is a highway route intended to connect the eastern U.S. to the west. It was the first paved route (in most parts) and at one time, it mapped its way through eight states in the U.S., along hundreds and hundreds of places, and then some.

Although the highway still exists in some fashion, it has been dismantled in many regards by more modern expressways and freeways.

For many who follow the route now, it’s not about the where. It’s about the what it represents:  freedom, industry, new opportunities.

If I GPS my location from my home, it actually shows up on a Google map that I’m living right on Route 66!!

Go figure, because that is not the case! However, I did grow up with nostalgic reminders subliminally boring their way into my psyche. I have slowly been enticed. I want to know and see more of Route 66.

Thanks for stopping by. I hope you’re having an awesome day ~ Amy

21 shares
« Turn a Gift Box into a Storage Box
Paint Dipped Plant Tins. Free with a Can of Soup! »