These paint dipped soup cans were originally shared over at Inspiration Cafe. In case you missed it, I’m showing them off one more time because I’m guilty as charged… I like making soup and tin can projects…as in most recently with soup can centerpiece for the holidays and last spring with a tin can pin cushion caddy. I figure, if they’re good enough for canned tuna and  chopped tomatoes, then they’re good enough for simple storage projects. And that’s just good enough for me! 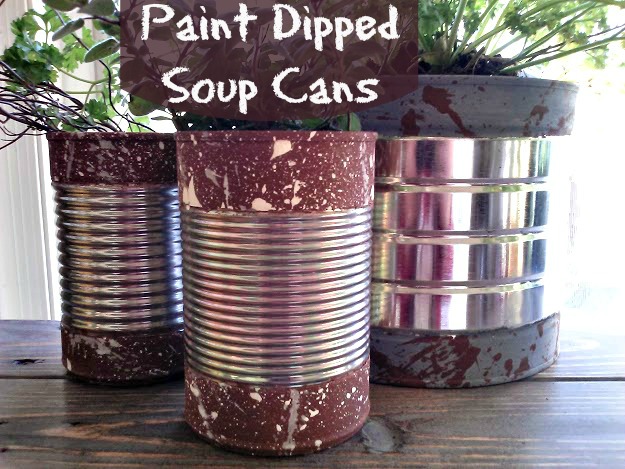 These soup tins were designed to store our garden herbs inside for the winter. If you’ve seen any other paint dipped projects around the web, then you know where I’m going with this one. 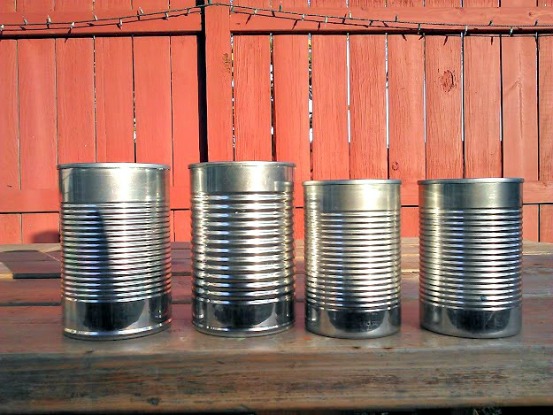 They were easy enough to make by combining some smaller soup cans into some larger soup cans. I ended up using a coffee can, as well, because I had a few plants that were too large for the soup cans. 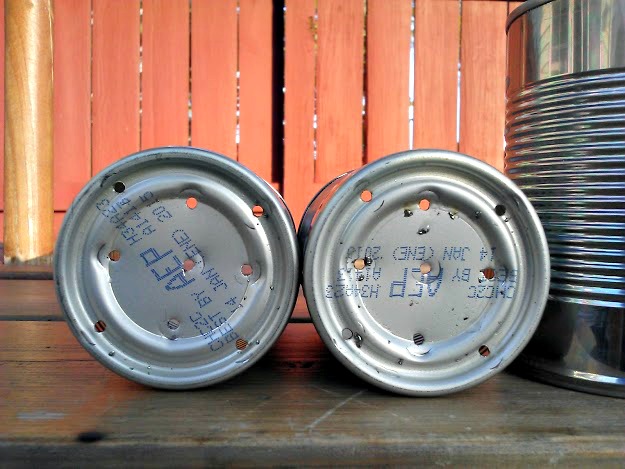 I drilled some holes in the bottom of the smaller cans. I could have poked the holes with a small awl, as well, but I drilled these. I filled the smaller cans with my herbs. I also filled a plastic planters pot with herbs for use in the coffee can. 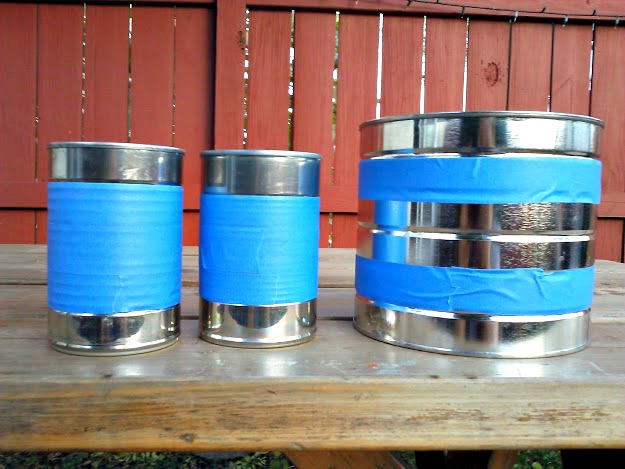 I applied some craft paint to the top and bottom sections. I also mixed in a little water and baking soda, which I think help to make the paint stick to the metal of the can.

I let the paint dry. It looked pretty cool, but I thought it need a little something else. So, I decided to give it a speckled paint splatter texture on top.

I removed the tape before the paint dried, and BOOM!! I like it. Then I gave the painted parts a coat of paint wax, for good measure. 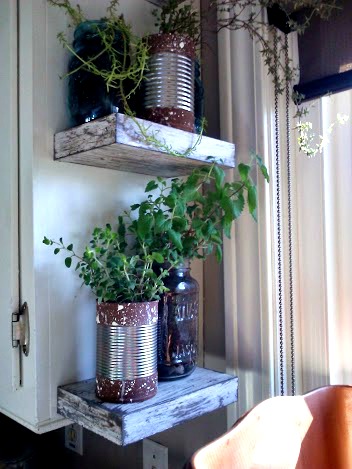 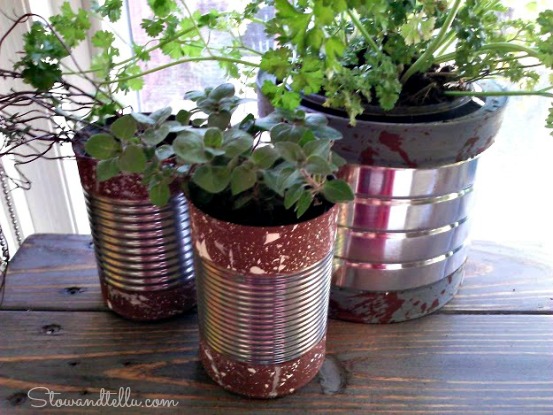 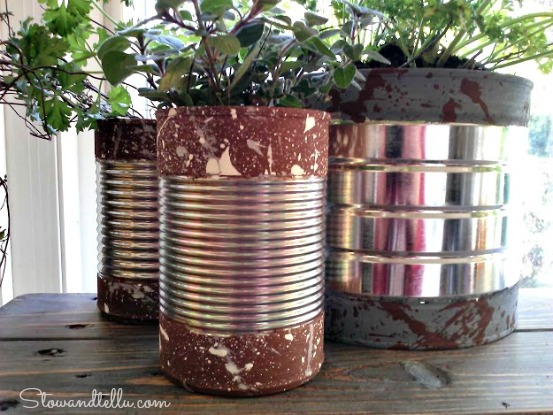 Paint dipped and speckled soup cans…and a coffee can, too.

Fill with herbs from your garden, or just about anything!!
This was definitely and easy-does-it addition to my kitchen update.

Click here to see yet another way to get that speckled egg look.

Thank you so much for stopping by ~ Amy!!

140 shares
« Where Does it Start? Route 66 the Original Beginning
Valentine Twig Heart Trivet »