Do you like brown bread, because I have an easy Guinness brown bread recipe for you. I don’t drink Guinness beer very often, but I do love brown bread, probably more than I should. I don’t know why it’s so much better than plain old white bread or wheat bread for that matter. But after making some brown bread with a can of Guinness beer and a package of beer bread mix, I’m beginning to wonder if brown bread is always made with dark beer… I should google this…but for now, all I know is that this bread was ULTRA easy to make and taste’s DELICIOUS! 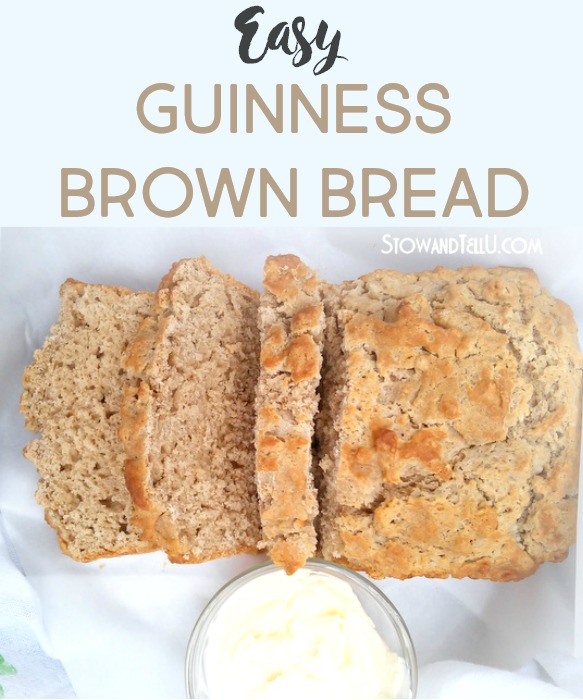 Don’t over mix, it should be lumpy

Pour into greased loaf pan, like this lift and serve copper ones

Melt butter and pour over bread 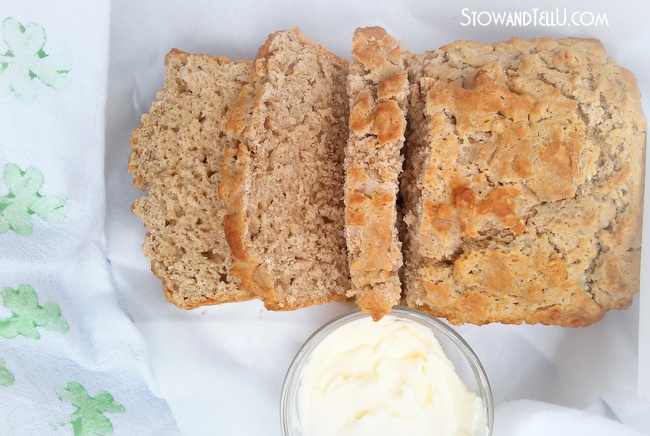 Guinness beer can be bitter, so I’ll admit I was hesitant to try this because I was really afraid that bitterness would take over the taste, but it honestly did not!

I did use the draught beer which comes in a can and not the original which the label will be marked as such. There is a difference in the carbonation and strength, explained here.

My son’s grandparents are originally from County Cork, Ireland, so I’ve had my share of brown bread and although I would never claim to be a brown bread expert, I have to say, this recipe taste’s a lot like all the variations of brown bread I’ve tried.

I made the bread and let it sit over night. It was even better the next day. 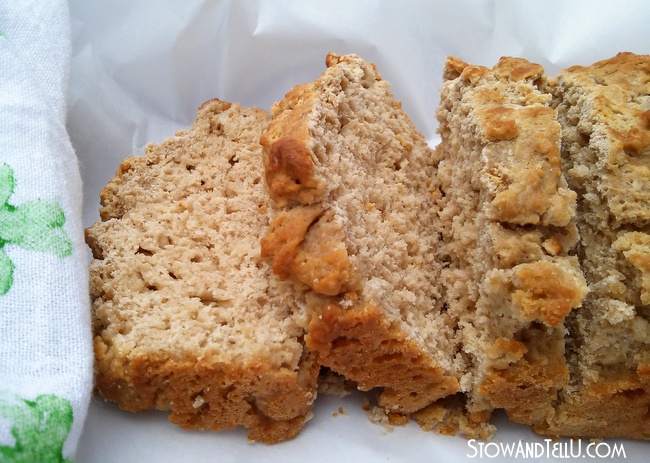 Served for breakfast with butter and jam, or with soups, stews or appetizer dips, this brown bread has a robust flavor, but not offensive like you might think a dark, bitter beer would be when mixed into bread. 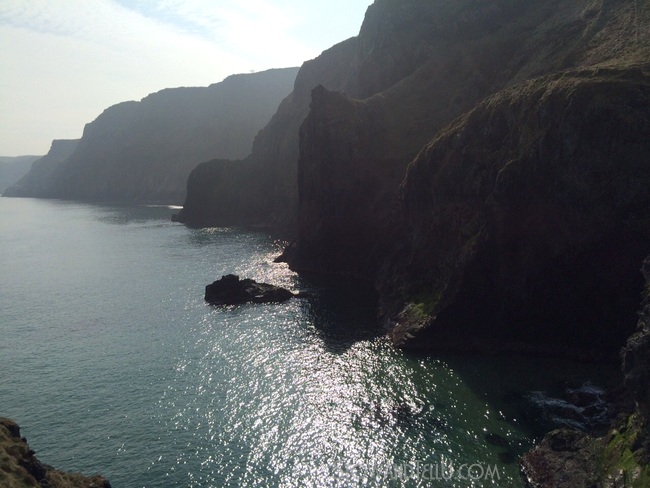 The cliffs of northern Ireland

Speaking of the Irish, my son just so happens to be over in Ireland right now.

He texted this photo to me, taken on the northern coast of the Emerald Isle.

Now on this trip, he’s actually had a chance to visit both of these towns and meet quite a few of his relatives. He also informed me that he will be stopping off at the Guinness Brewery, as well.

Life sure is grand for some of us, isn’t it??

May your bread be warm, and your beer be warmer 😉 ~ Amy

Have you ever made a potato stamp?

Try making a diy paint stamp with a potato. 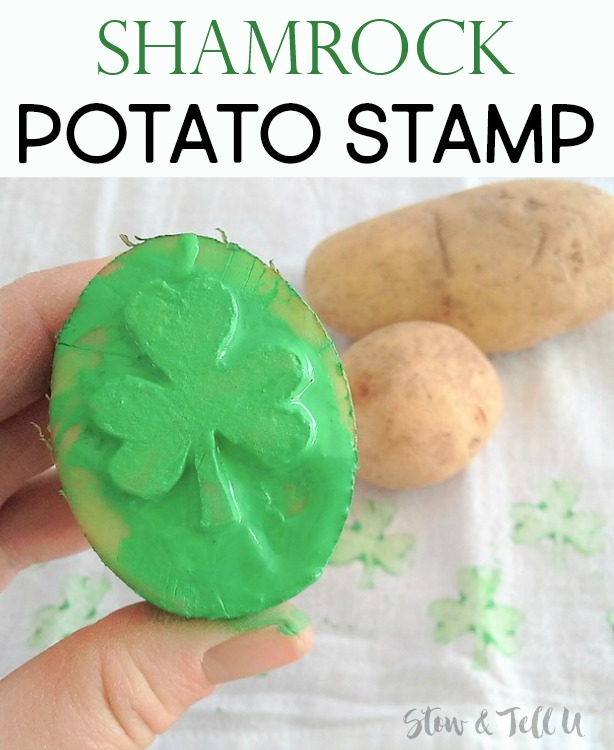