It was August 1981. We were up in Wisconsin for our annual week long vacation at The Golden Horse Ranch. My father unwittingly let my sister, Marya, borrow the car. So off we went to cruise the open roads of Westfield, Wisconsin. The “we” being Marya and myself, along with Robin, Mike and Bob, my sister’s friends who were also staying at the ranch for the week. 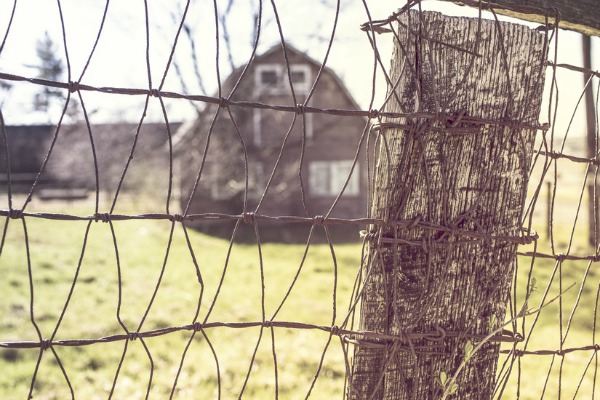 Being several years younger than the others, I was more or less just along for the ride with no say so whatsoever as to where this little road trip would take us. After driving down the main drag of several of the small towns and not finding quite the excitement  they were looking for, we hit out into the open roads that wind though the farmland. At one point we passed a farm house that looked vacant and worth further exploration. Inwardly, mind you, I did not think the “further exploration” part was such a good idea.

I didn’t say a word, though, as my sister pulled off to the side of the road and parked, “let’s go check it out”, she said, and it was settled.

We all got out of the car and followed her through a thicket of trees, toward the farm house, as though she was the Pied Piper herself.

The door was open, so we went on in

When we reached the front door, Bob grabbed the handle and was able to open the door  right up. “Is anybody home,” he called out….no one answered… so we went right in.

We crept our way through the rooms, quietly at first. What were we going to find? Children in the attic, a ghost…a dead body?

Nope, nothing of the sort, except a few random pieces of furniture and lamp here and there. The most notable find was the stacks of yellowy, old newspapers piled up in the kitchen dating back to something like 1972.

Do you think no one’s lived here since 1972? Robin

Where did everyone go?  Mike

Why do you think they had to leave? Marya

I wonder if they still have beer in this fridge? Bob

By this time we were no longer all hush hush but talking out loud as if we were in our own home.

Meanwhile, I was getting nervous. I recall that I kept trying to shush everyone.

Of course no one was listening and believe me, I was trying my darndest to not be such a nervous Nellie. But, you see, all I kept picturing was a big, scary farmer with gun-in-hand walking through the door and catching us in his house at any given minute.

Horsing around in the barn

To my saving grace, they all decided it was time to check out the barn. What were we going to find in there? Children of the Corn, Jason…Jason’s mother?

Nope, none of that. Just an old barn with horse stalls, thank you Lord, because my anxiety level was building.

My sister, however, did find an old horse brush and bridal. She had them both in her hands, as she wandered through the barn looking in every nook and crevice, for what I don’t know.

“Hey, are you going to take those?” I asked when my curiosity got the best of me and I was still trying to distract myself from how uneasy I was feeling.

“Ooookaaay,” was the look I gave her back with very little conviction though, because her reproach for horse tackle thievery was rather low on my list of concerns at the moment.

What was really eating away at me was the image of that huge, scary “farmer with a gun.” Every time I turned my head, he was there. I couldn’t squelch my apprehension any longer, not even for the sake of teenage coolness. I’m pretty sure I was starting to hyperventilate, when finally I just blurted out, “we’ve gotta get out of here, someone’s going to catch us!!”

The look I had on my face must have been convincing because everyone finally agreed.

So Robin, Mike and I started making our way toward the car with Marya and Bob heading up the rear.

We made our way through the thicket of trees and just as we reached the road, a blue and white car pulled up along side us. The driver was a shaggy-haired man donning a mustache and he yelled,  “HEY, what do you think you’re doing on my property???”

“Uuhh, we lost our dog!!! Aaand we were just looking for him!” was what I somehow managed to blurt out.

Trust me, I’m not that quick, usually, so I have no idea how I managed to think up an excuse so fast.

“Oh ya? Well, people keep snooping around my property and that’s not okay with me! I’ve called the police, and they’re not doin’ a dang thing about it. So now, I’m taking matters into my own hands,” and as he said that last part, he smiled and patted his hand over THE GUN lying on the seat next to him.

We hemmed and hawed, smiled back and nodded our heads as we shuffled our way toward our car.

Marya must have ditched the horse tackle-finds in the thicket of trees, because she was empty handed by the time her and Bob reached the car.

You could hear a pin drop inside the car while Marya started the engine and pulled out onto the road.

Once we got about a hundred yards away, someone broke the silence yelling out, “wooh, that was a close call!!!” and we all started to laugh and high five each other all the way back to the Golden Horse Ranch.

Have you ever snuck into somewhere you didn’t belong?

Do you ever have premonitions? 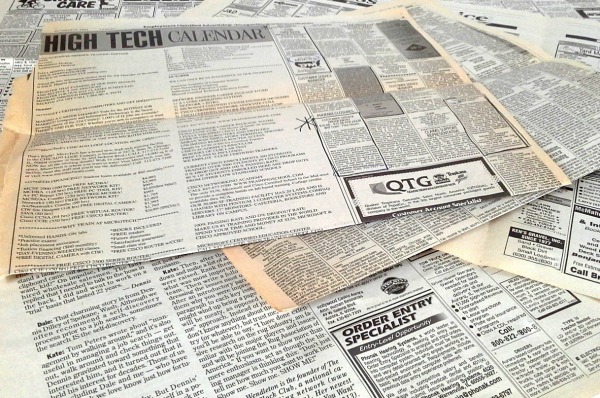