Once the warm weather arrives, Ken and I try to make it over to Montana Charlie’s flea market at least a few times during the season. Montana Charlie’s is located right on old Route 66 and has been around since the mid 1960’s. Since we live in the suburbs of Chicago, the idea of a trip to the Wild West, even if it’s just for a few hours is welcome, and Montana Charlie’s is the place that works for me! 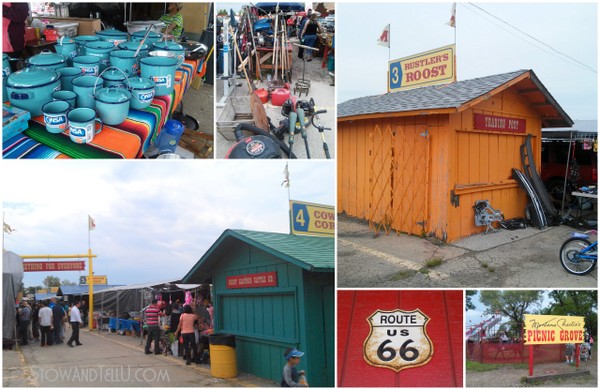 Founded by one-time cowboy Montana Charlie Reid, who also owned the truck stop at Welco Corners, the grounds were at some point designed with a western theme and some of that vintage western appeal is still evident in the wooden shacks that stand in the main trading area. 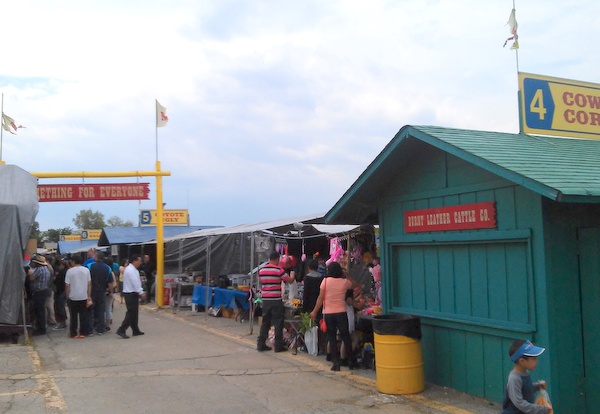 fyi: this was the last picture I took and a storm was just about to blow in😉

What I find charming is that each of the shacks was given a wild-west name on a big sign atop the roof. Cowboy Corral, Coyote Ugly, Rustler’s Roost, and so forth.

We’ve only been going to Montana Charlie’s for about 10 years, but from what I’ve been told, it was at one time quite the place to go if you love junk.

Unfortunately, times change and much of what is sold at Montana Charlie’s in new items like clothing, cell phones, stereo sound systems, and plenty of other items that you might find at the local dollar store. 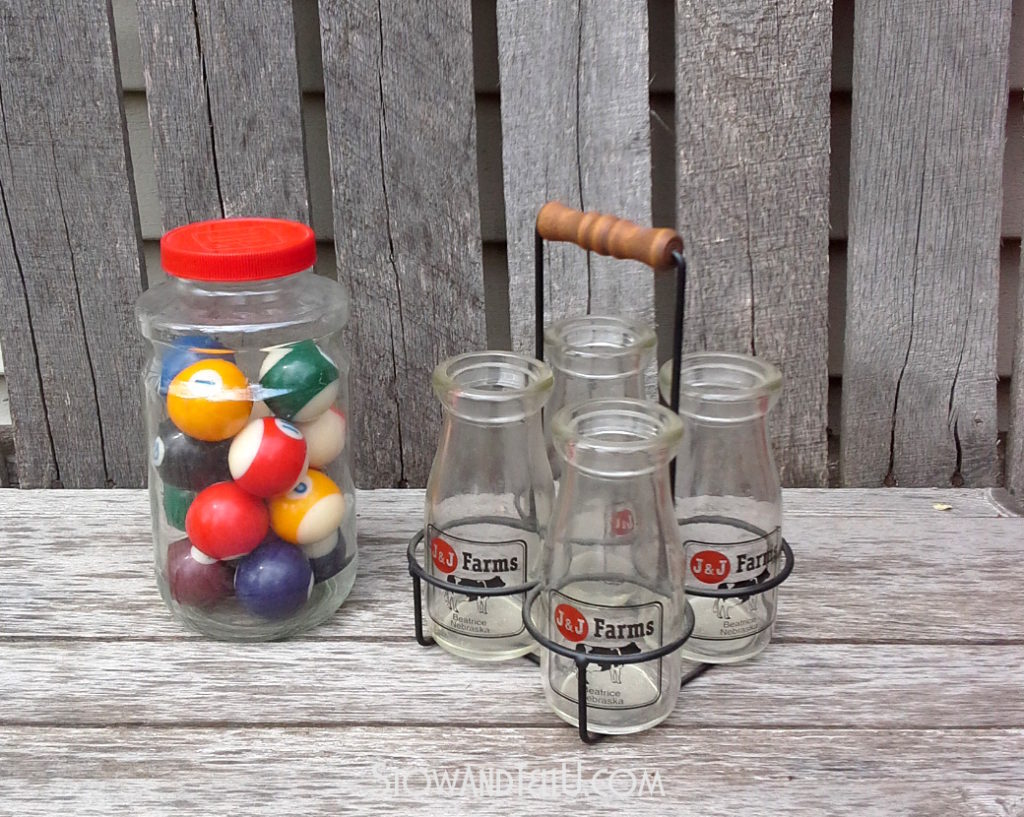 There are still some “junk” vendors this season, and they seemed willing to barter with me a little, so I brought home a jar full of mini pool game balls and a small crate of milk bottles, neither of which I would deem very old, just cute enough to buy at a decent price. 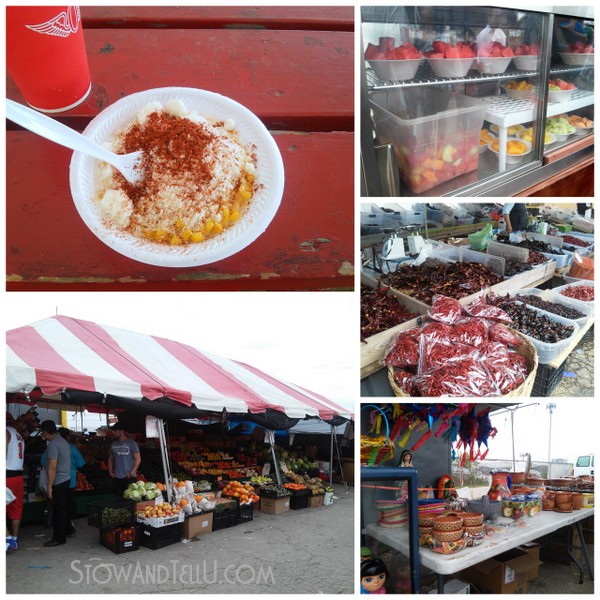 There is always one activity I insist on doing when we go to Montana Charlie’s, and that is to indulge in a bowl of elote, aka: Mexican corn (top left photo).

The line for this corn is always long, so apparently I’m not the only fan.

This elote recipe consists of canned corn, mayonnaise, Parmesan cheese and a spicy blend of chili powders. Although it always ends up being a little too spicy, I can never not eat the whole bowl. I always order horchata (cinnamon rice milk) to wash it all down.

Elote: Spicy, salty, sweet, lot’s of calories, kind of like a meal and a dessert in one! 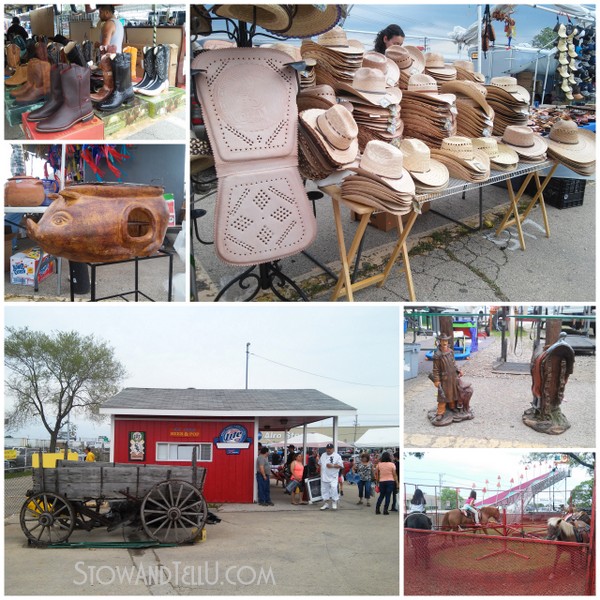 The Hispanic community in our area has really influenced the flea market scene at Montana Charlie’s and they have also helped to keep the western flavor alive.

You can count on finding cowboy boots, hats and an assortment of other western wear; as well as pinatas, pottery, fresh fruits and vegetables and then there’s the vendor with hot peppers of every kind you can imagine. 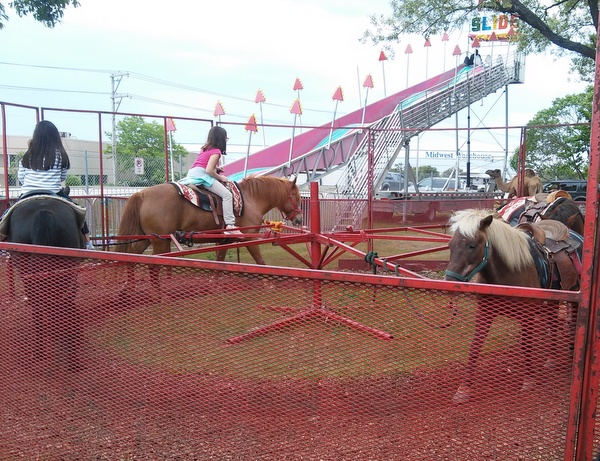 Since, in my mind at least, I can see tumbleweed rolling around in the distance, we always stop off to say hi to the ponies. 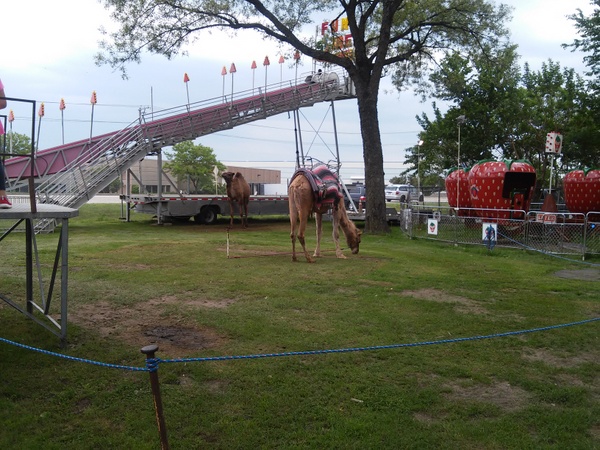 …And then we say hi to the camels (because the circus must be in our little western…in my mind). 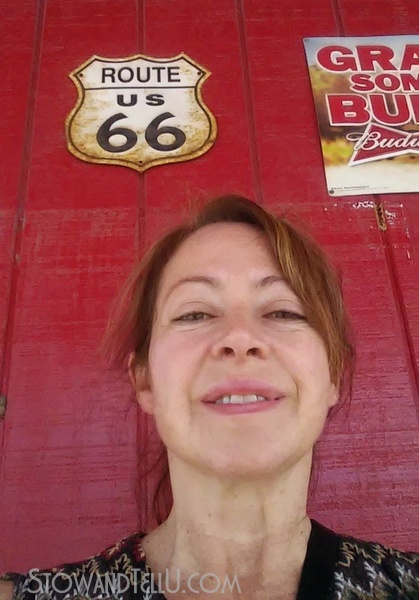 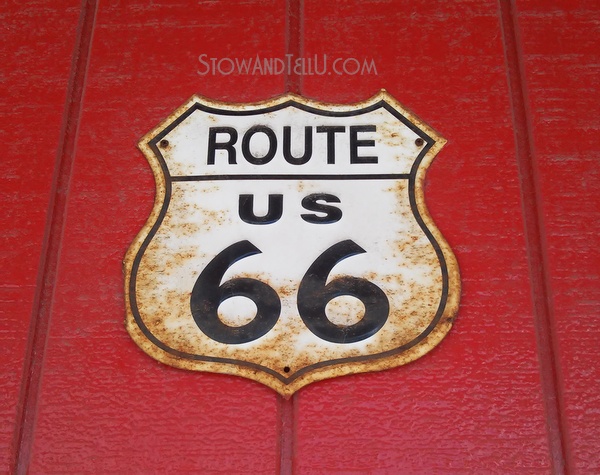 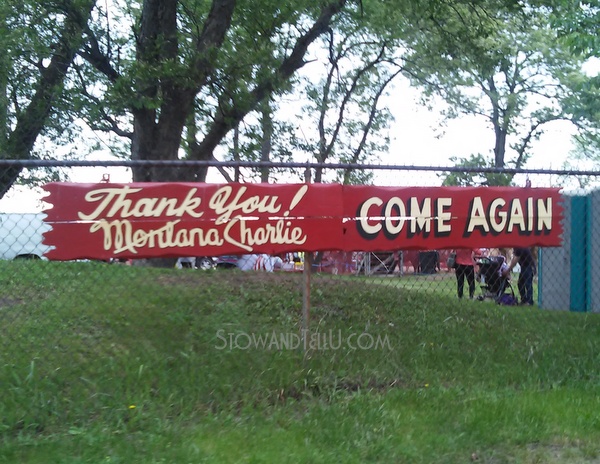 If you’re following the Route 66 experience or looking for a bit of western pizzazz, I’d recommend visiting this flea market,but I would not recommend Montana Charlie’s if you are looking for vintage, flea market “junk”.

Having said that, the cost of admission this season is $4 per car load.

So for us buccaroos, it was worth the $2 a piece.

6 shares
« Under the Stairs Storage: Under Cover
Close Call at the Old Yellow Newspaper Farmhouse »