Chimichurri sauce with lime and cilantro for alfresco flavor with Mexican recipes. Made without vinegar and can be used as a salsa or a marinade for meat.

If you can get past the part about jamming your mini food processor, and I’m sure most of you don’t have that problem, then you will enjoy this variation of chimichurri or chimichurri sauce as either a homemade salsa or as a marinade for cooking meat. 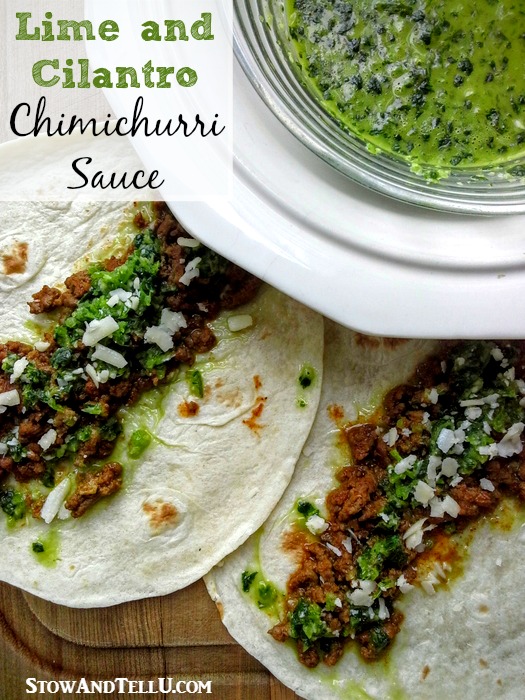 I was given this recipe from a workmate whose parents were from Mexico. Her ingredients included lemons; however, I’ve always substituted limes and we’ve been putting on our Mexican food dishes ever since. I didn’t realize until recently that traditional chimichurri calls for vinegar rather than limes, and cilantro rather than parsley.

Related: How to make chili with left-over grilled hamburgers 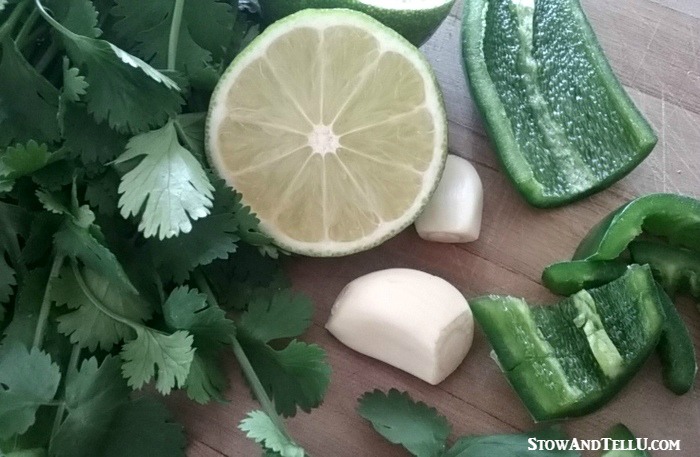 1 Boullion cube (I use chicken) 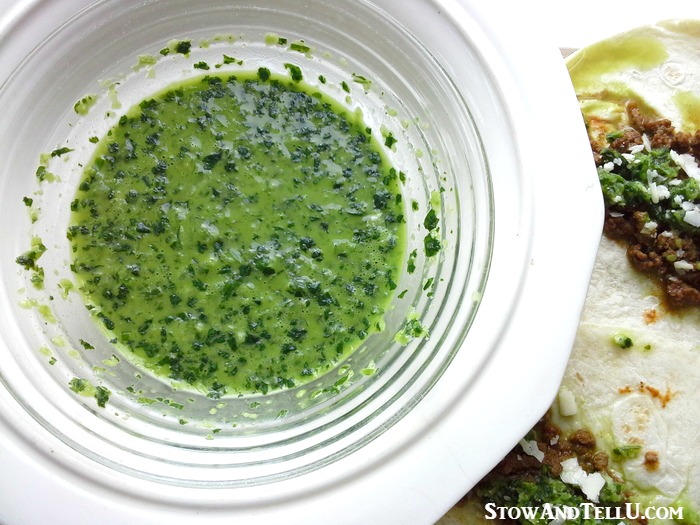 We eat it with chips as a dip or put it right over our tacos and fajitas as a pico de gallo, especially during the summer months. And unlike the chimichurri made with vinegar, the lime (and salt from the bullion) in this recipe gives it a very refreshing flavor without the vinegar bite. 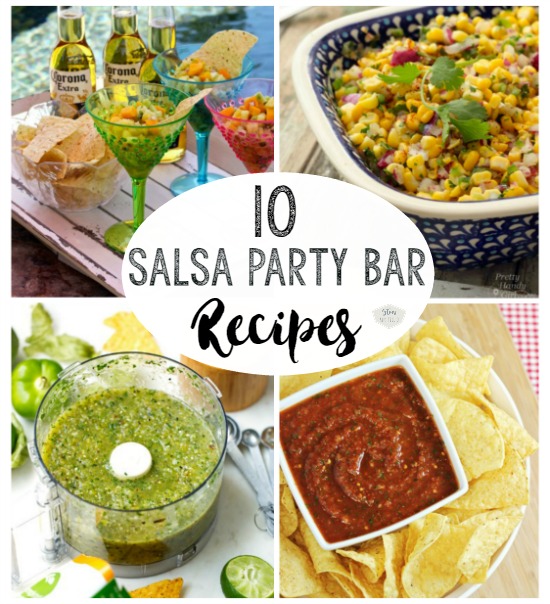 Thoughts from Alice / Sundays at Home

DIY Show Off/ That DIY Party

219 shares
« When you spell a child’s name with twigs, then art happens!
Bicycle Built for a Pair of 90s Coat Rack Shelves »