Have you ever tried to mix and match a dish set? It’s easier than you think. You just have to know what you are looking for. My son has been home from college now for a few weeks and has been making all kinds of preparations to leave off for a nine month stint in Georgia for his new job. From there, he’ll be  sent off again to somewhere else at six month intervals for the first few years under his new employment. Since he has been home, there has been lots of friends and family to visit, loose ends to tie up, and of course, the challenge of how to pack and what to pack for several temporary re-locations. 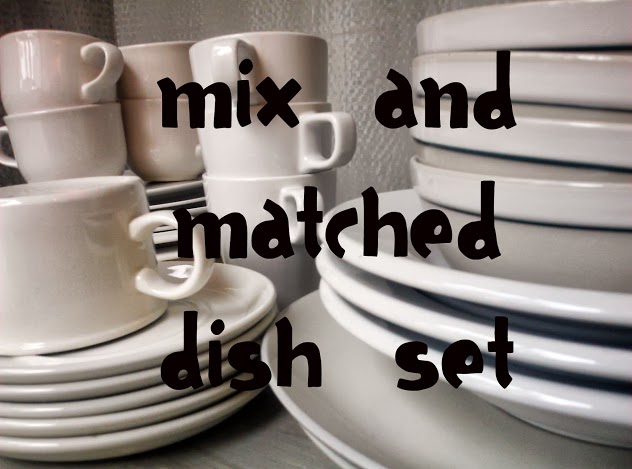 I took last Friday off from work to help him uber pack, with the understanding of a trade-off:  painting my kitchen!! I’ll get to that some other time, meanwhile, we made it through most of the packing by early afternoon. He had a list of additional items he needed, one of which was a dish set.

Pondering his circumstances, not to mention project bachelor pad, I said, “It makes no sense to buy a brand new dish set when you are going to be packing and re-packing several times in the next few years.”

“Agreed,” he said. Dish sets aren’t a big topic for conversation is his eyes.

So then I said, “why don’t we stop off at the Good Will and try to find something that might work?”

He humors my need to shop and co-ordinate decor, wherever and whenever I have the chance: 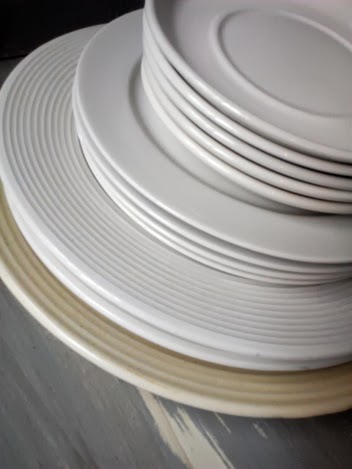 Finding a variety of plates, different, but yet the same in either color, shape, pattern or style. 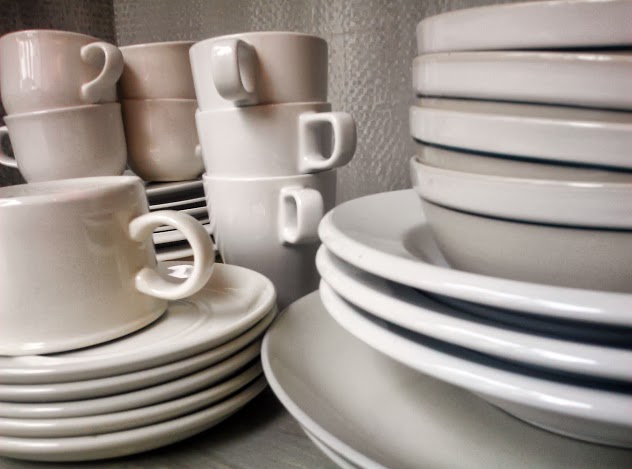 Adding in some bowls and mugs with complimentary appeal.

There were two of some, three, four or five and some with only one. Who’s counting after all. 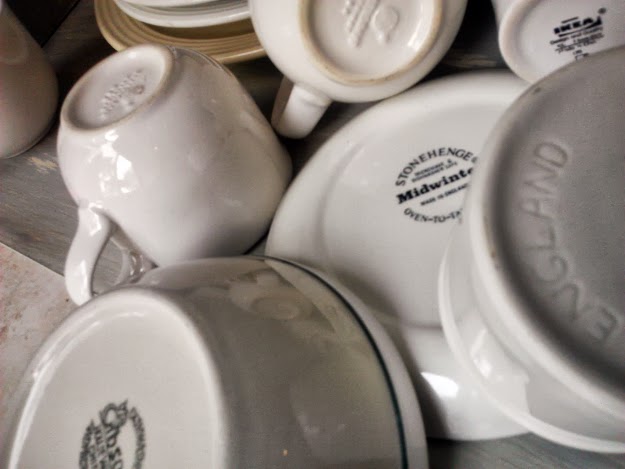 Turning them over to read the labels. Who would guess? 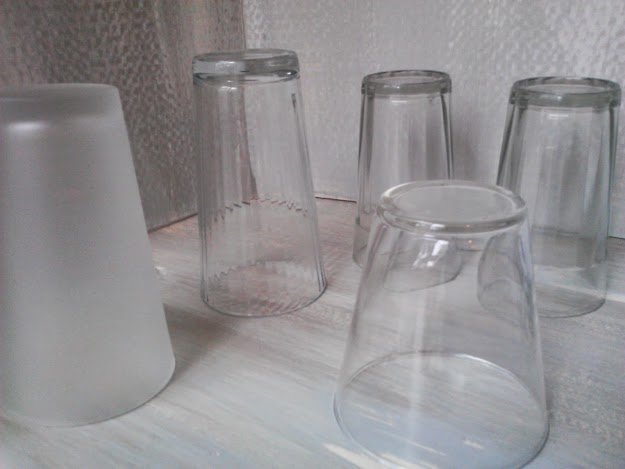 Getting thirsty, we needed some glasses. Once again different, yet just enough of the same. 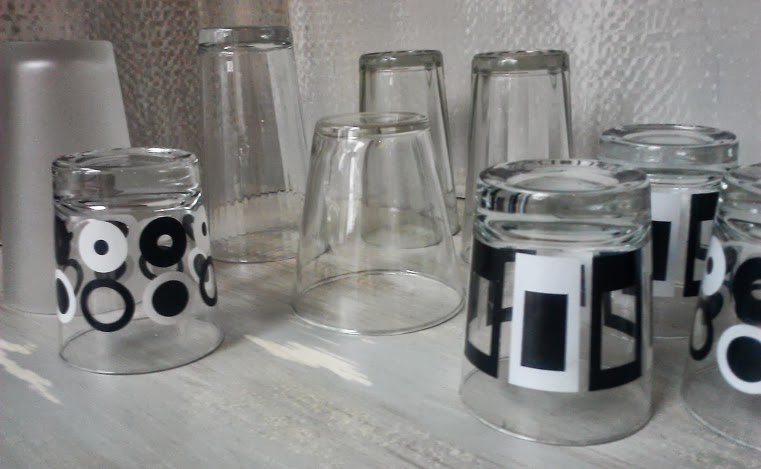 Adding a bit of black for a little panache, and we just might have a mix and match dish set!! 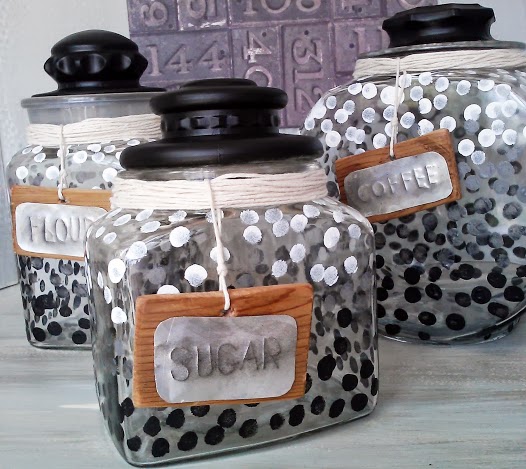 The new set might work out quite nicely with our canister set  and thrifty DIY metal labels. 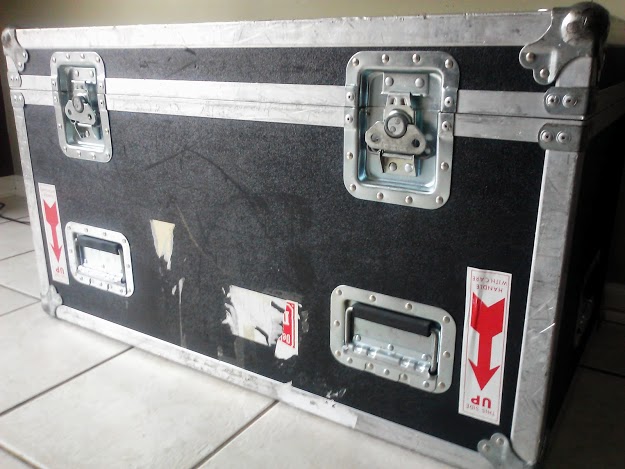 As we were perusing the isles, a man walked by with a large trunk in his cart, mumbling something about deciding not to buy…

SOLD!! This was my son’s favorite purchase of the day, and it was the perfect size to pack up all the new dishes. 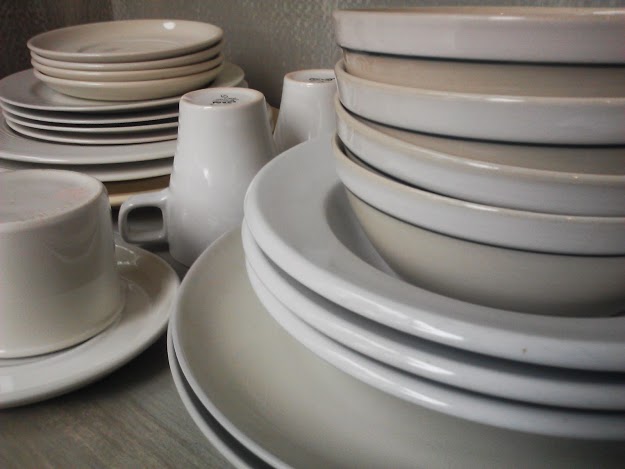 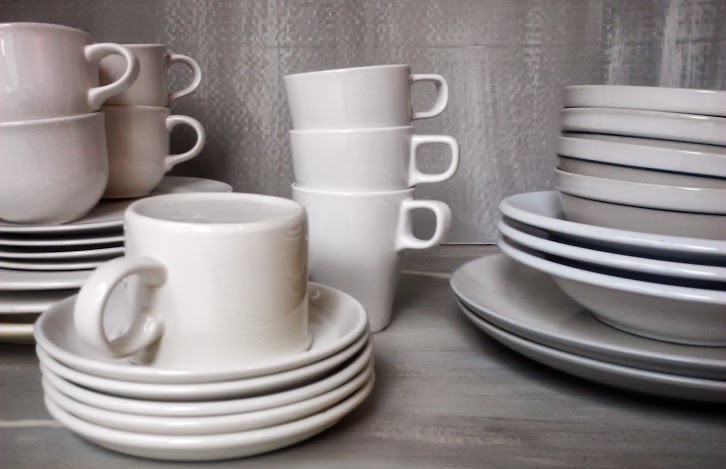 See, it’s not so hard to pull together a mix and matched dish set, especially one that will spend part of the time in a suit case!! Have you ever created your own set of mixed and matched dishes?