What is a honky-tonk, is the question I’ve been asked numerous times since we girls got back from Nashville. In short, I’ve always thought a honky-tonk to be any of the bars down in Nashville where the country music singers would go to perform in front of a rowdy crowd with the hopes of being discovered and eventually getting a gig with a record label.

After some research, I’ve since discovered there’s A LOT MORE to the whole honky-tonk history and evolution. Wikipedia gives us all the history. Urban Dictionary gives us the blunt and abbridged version, and Great American Country gives us 50 Honky Tonks in 50 States. Showing us that honky-tonks are not just in Nashville, alone. Heck there might be honky-tonks across the globe. 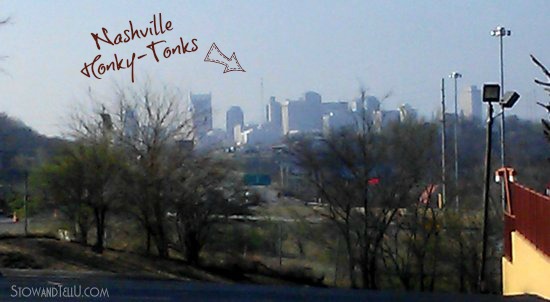 But today, I’m talking about the honky-tonks in downtown Nashville, which is an acclaimed Nashville attraction, kind of like Nashville hot chicken and The Country Music Hall of Fame. Meaning when you visit Nashville, it’s just something you’ve got to go see and do.

Cowboy boots if you have them

Now, before going out for the night to the Nashville honky-tonks, one might want to whoop it up a little and put on a pair of cowboy boots.

If one does not have a pair of cowboy boots, one might want to run out the next day the local thrift store and buy a pair. 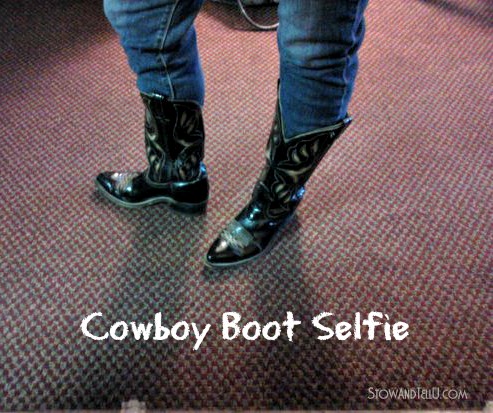 I scored these for $29.95 at the Nashville Goodwill (and took a boot selfie in our hotel mirror). 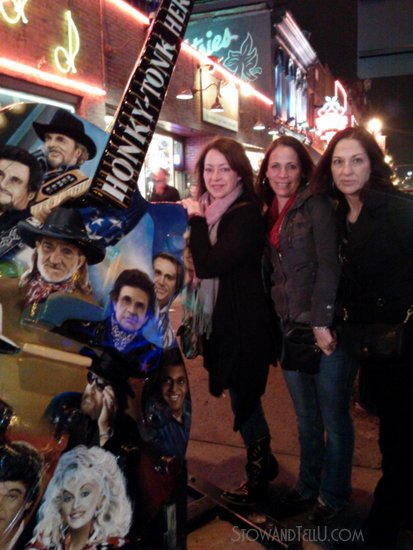 Most of the downtown Nashville honky-tonks are located on Broadway.

When you get there… you will know you are there. 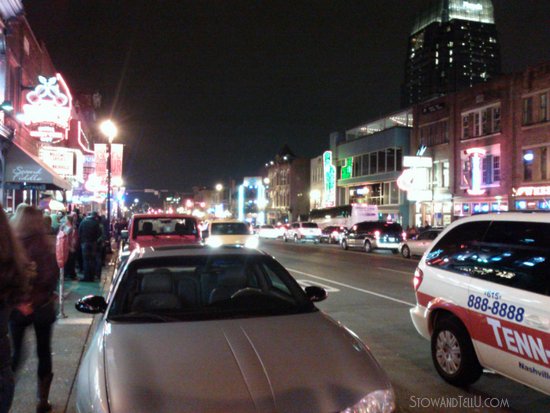 Lit up almost as well as Las Vegas and just as busy, the honky-tonk row is lined with honky-tonk bars, stores, restaurants and plenty of interesting people. 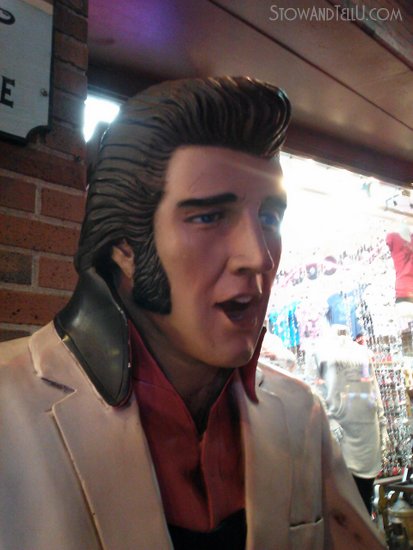 We even had an Elvis sighting. 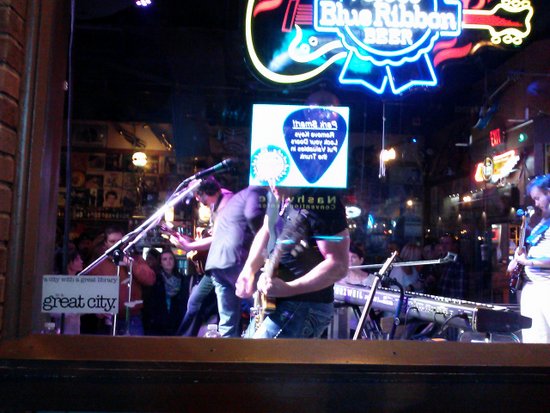 As you walk along, you can look right in through the windows of the bars to see bands playing their hearts out. 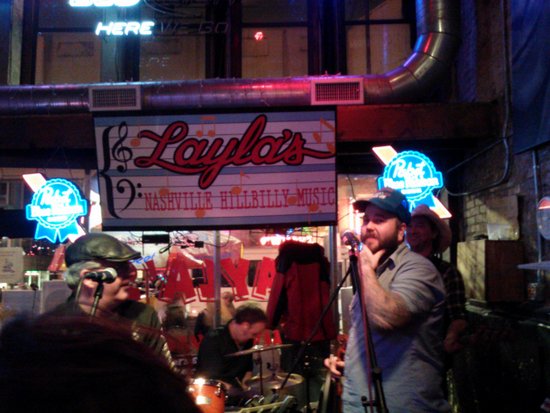 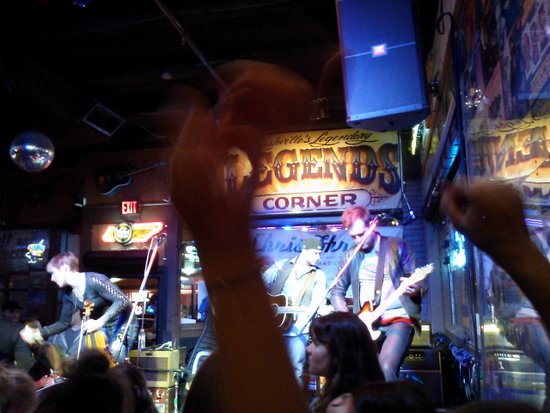 Everyone gets up to dance, and one of the traits that gives a honky-tonk it’s essence is that honky-tonk musicians aren’t afraid to get up-close and personal with their rowdy crowd. 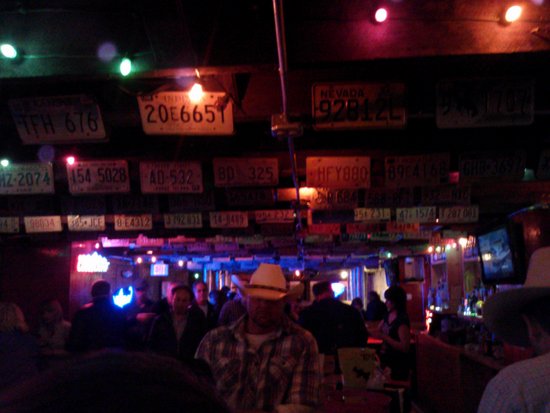 And we can’t forget the cowboys, the memorabillia or the collectible junk that is covering the ceilings and just about everywhere. 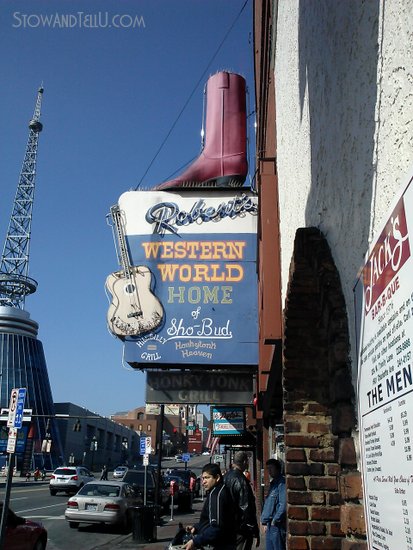 Honky-tonk row is not just a night time attraction, either. During the day, the beauty of the city is revealed in a completely different light. 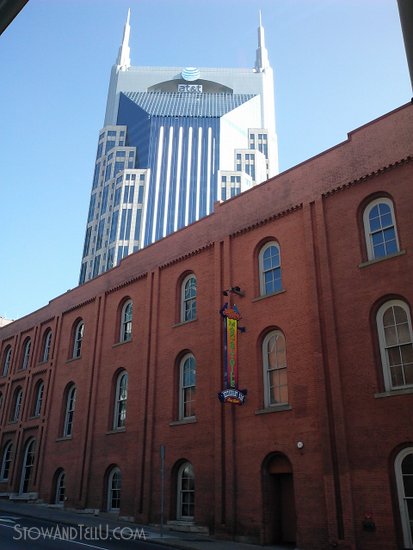 The juxtapostion of the old verses new architecture. The newer building which is the AT&T is part of the Nashville skyline and often called the bat cave for obvious reasons.

I felt very safe walking down honky-tonk strip and the surrounding area during the day. I saw families wandering about enjoying the sights. There’s a lot of history here and plenty to do even with with youngsters, as in these 50 Things to Do with Kids in Nashville, from Alpha Mom. 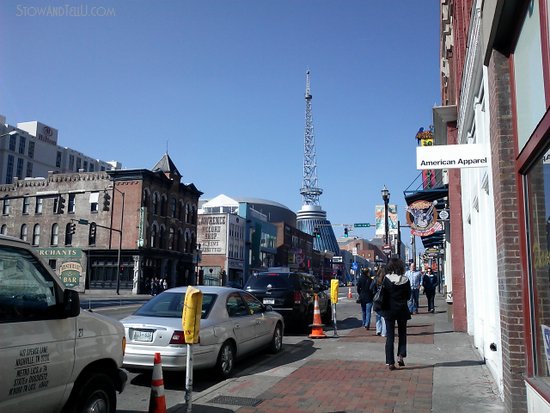 Stopping off at honky-tonk row, night or day is well worth the stop. Country music legends have walked these streets, crooned in these bars, reached for the stars and grabbed them right in this very spot.

That’s country music to my ears.

For more you can check out this  list of  recommended Nashville honky-tonks.

Thanks for stopping by, ya’ll ~ Amy

2 shares
« MK Makeover and a Lemon Parfait Pedicure Set Giveaway
Which Look Do You Like: My Mercury Glass Blunder »