When you get your hands on a new stencil, do you feel like you want to go a little stencil crazy with it and pounce the pattern onto whatever you can find, just to get your money’s worth? Even if the stencil didn’t cost that much? I have several old windows that I’d like to stencil with this pretty bumble bee and honey comb pattern. But before I do that, I wanted to try it out on something else. 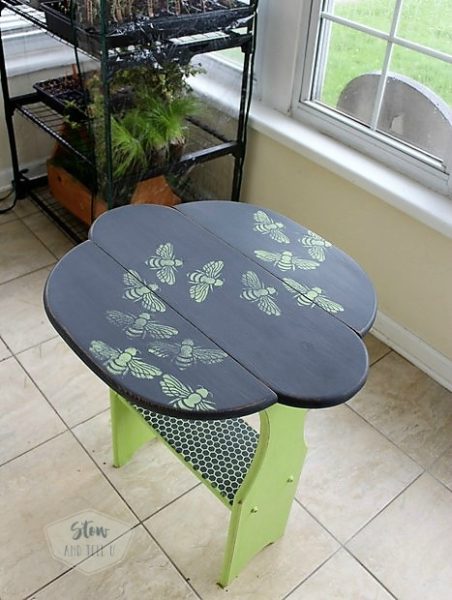 Enter an old wooden side table complete with folding table flaps. I just haven’t been able to let it go. 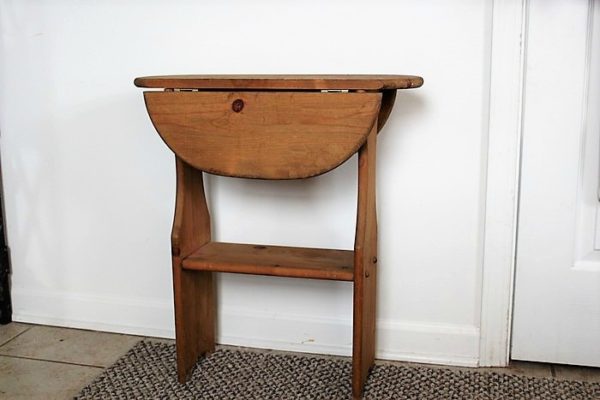 Unfortunately, this isn’t very sturdy. But on the bright side, with the flaps up, it make a great canvas for a swarming honey bee pattern, or at least an attempt at one. So here we go. 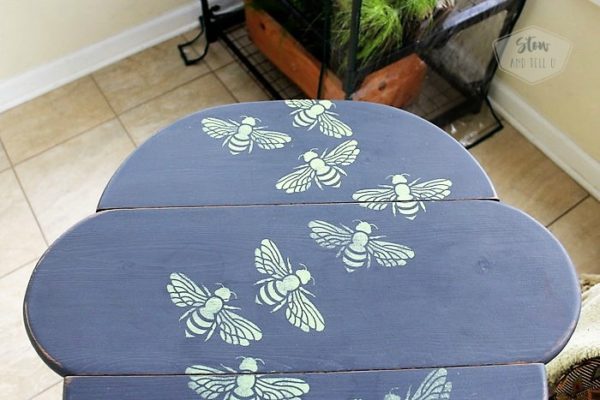 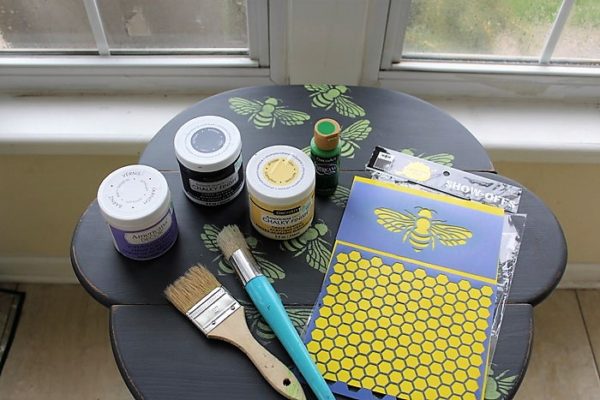 Honey bee stencil – I used Show-Off from Hobby Lobby, but you can find a very similar stencil, online. 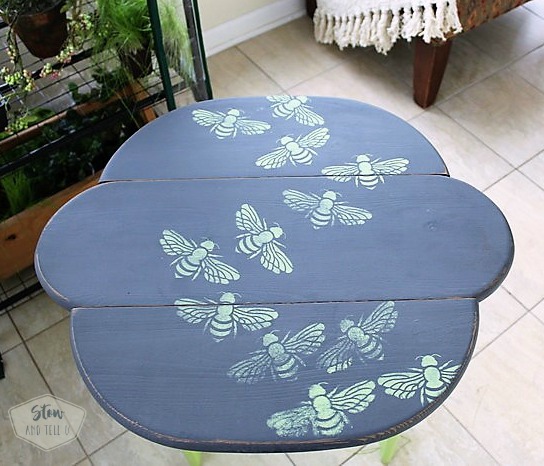 To make a swarming honey bee stencil pattern I separated the bee portion from the honey comb portion with an Exacto to make it easier to move the bee around while stenciling. There’s really nothing to it. Move the bee image back and forth in a random pattern. I did mine down the center of the table letting some of the bees trail off the side of the table because I thought that would look kind of cool.

I need some practice! I haven’t done a lot of stenciling, so some of the bees aren’t filled in as much as some of the others. I tried to go over one of the bees, but that didn’t work out so well, so I stopped the madness right there.

I used the same stencil to make Bumble Bee jar candles and they turned out really well, too. 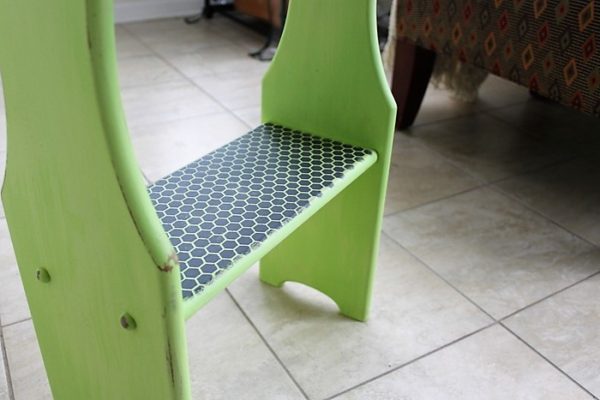 On the other hand. For the little shelf underneath, I was worried that the honeycomb would bleed and look messy, but I think it actually came out pretty clean and honey-comby looking. 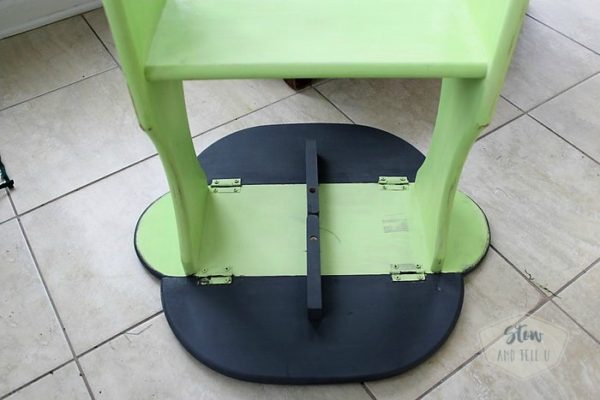 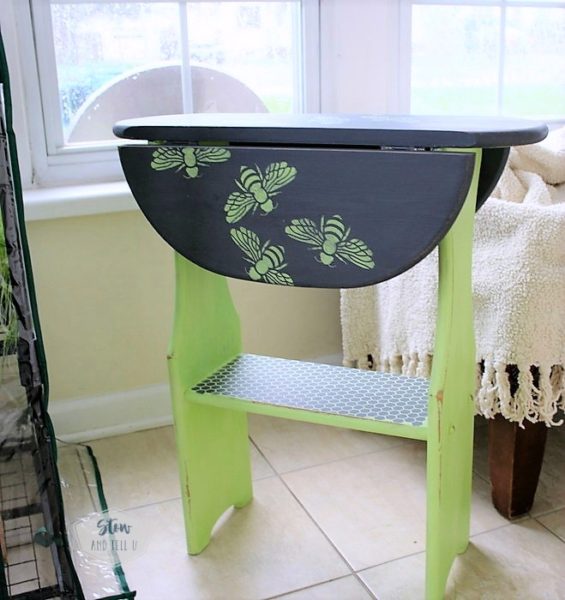 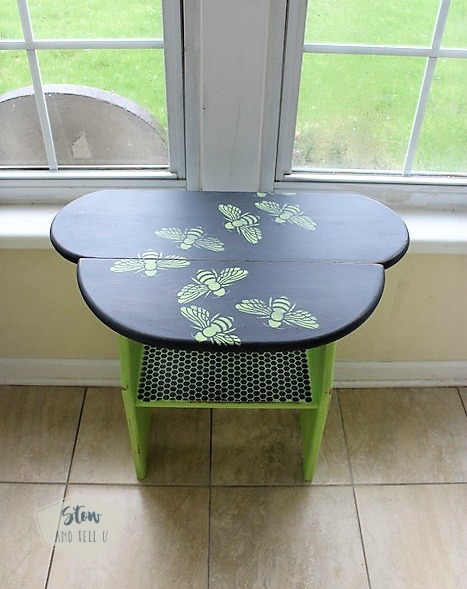 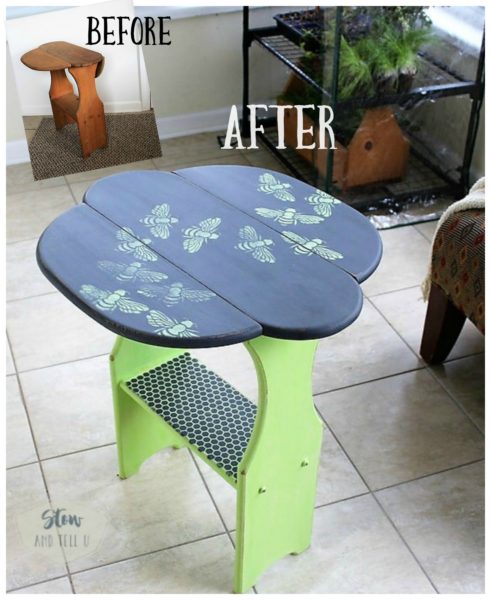 All in all, I love how this table turned out. Now I think I can finally part with it. Maybe it will go to one of my nieces or heck, I’d even feel better giving it to the Salvation Army now that it looks respectable:-D