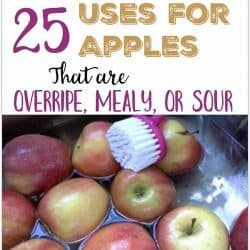 Can we talk apples for a minute? And ways to use them up if you don’t think you’re going to eat them in the regular fashion, as in, grab one in-hand, polish it and take a bite.

Apple season comes and goes fast. I am particularly fond of this fruit, so I often end up with more apples than I know what to do with. My go-to option is to slice one up and slather on the peanut butter, but the last few bags I purchased from the grocery store were actually kind of tasteless and/or mealy.

I did buy the bags that were on sale, and that may have been the problem. I avoided the bag of sale apples on this last purchase, and finally, the apples taste like… well, they taste like apples.

Admittedly, I’ve eaten some of the “bad” apples because I found that if I loaded on enough peanut butter, I could manage to choke them down, but honestly, it wasn’t very enjoyable.

Common sense would tell me that I could return the bag of apples back to the store. But. I have not done that.

So, I still have a basket full of not-so-tempting apples that I’m determined to use up.

And here are 25 uses for apples that I can choose from, and so can you. Some involve cooking, but there’s plenty of other creative ways to use them so they don’t just go to waste. 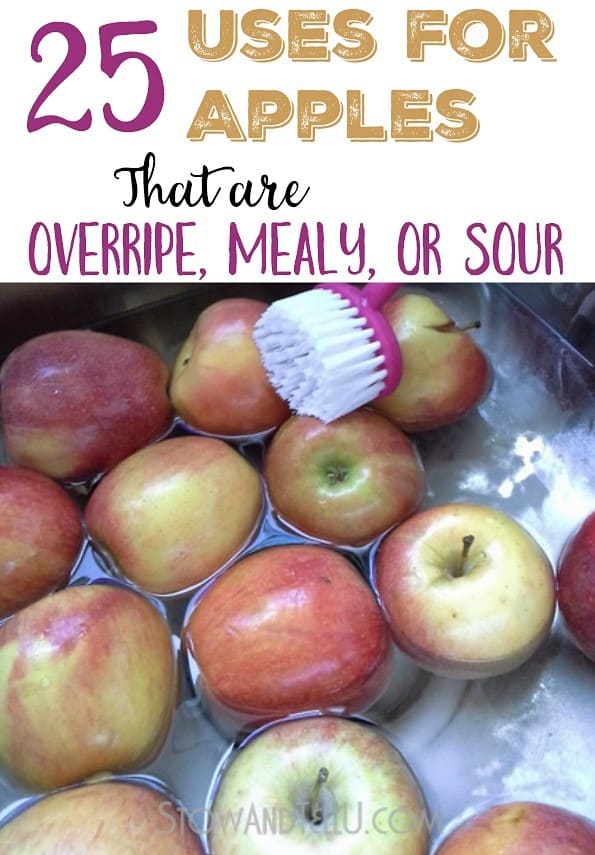 25 uses for apples that are slightly overripe, mealy, sour, or bruised

Note: Mealy apples are not recommended for apple pies, but should be fine used in breads, muffins, and baked apple-type recipes.

Easy ideas for Halloween games and decorations with apples

Other uses for extra apples that are ripe, overripe, mealy, sour, or bruised

Related: How to Us Up Extra Tomatoes Before They Go Bad

These all look like such fun ideas! My plan is to make several batches of apple bread and try those apple candles. How would you be most tempted to use up your apples? 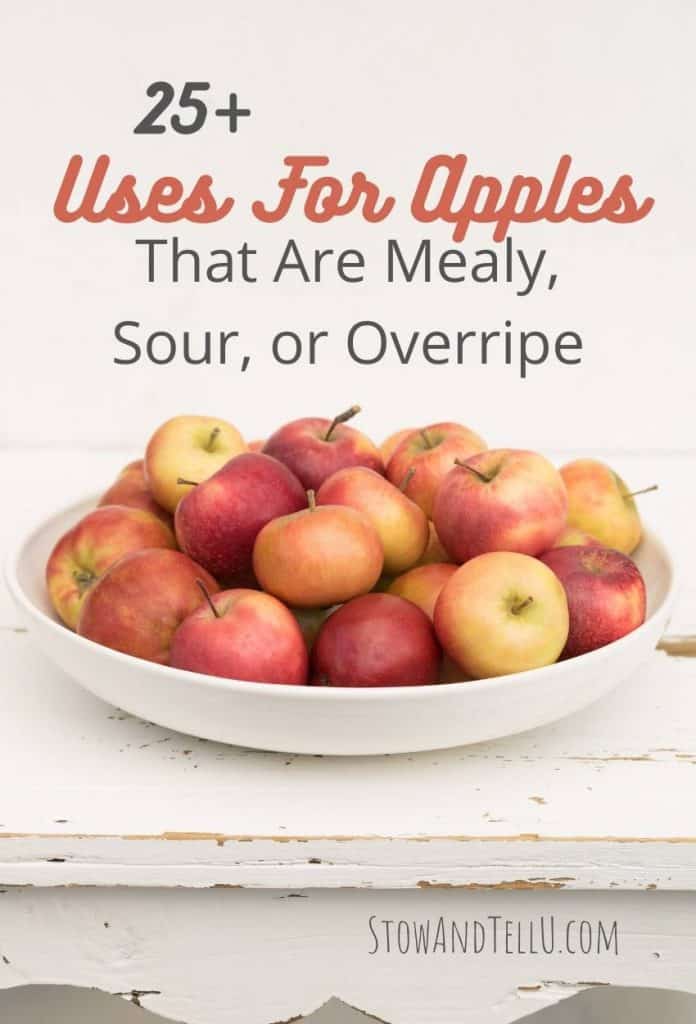 Want to remember these ideas? >> Pin or share on Facebook so you can find it again later >>

Mix all ingredients together in a blender or smoothie machine.

Serve right away or chill for an hour in the fridge to infuse the flavors (aka: avoid an ice cream headache.)

Sweeten to taste with stevia or monk fruit, if desired

Substitute ½ cup frozen blueberries, mango, or pineapple for the banana and omit the cinnamon.

Did you make this recipe?