The neighbor girl, Rosalyn, brought over a basket of kittens to ask me which one we wanted. It wasn’t a fancy basket, it was a laundry basket. And it wasn’t a basket full of kittens, there were only two. 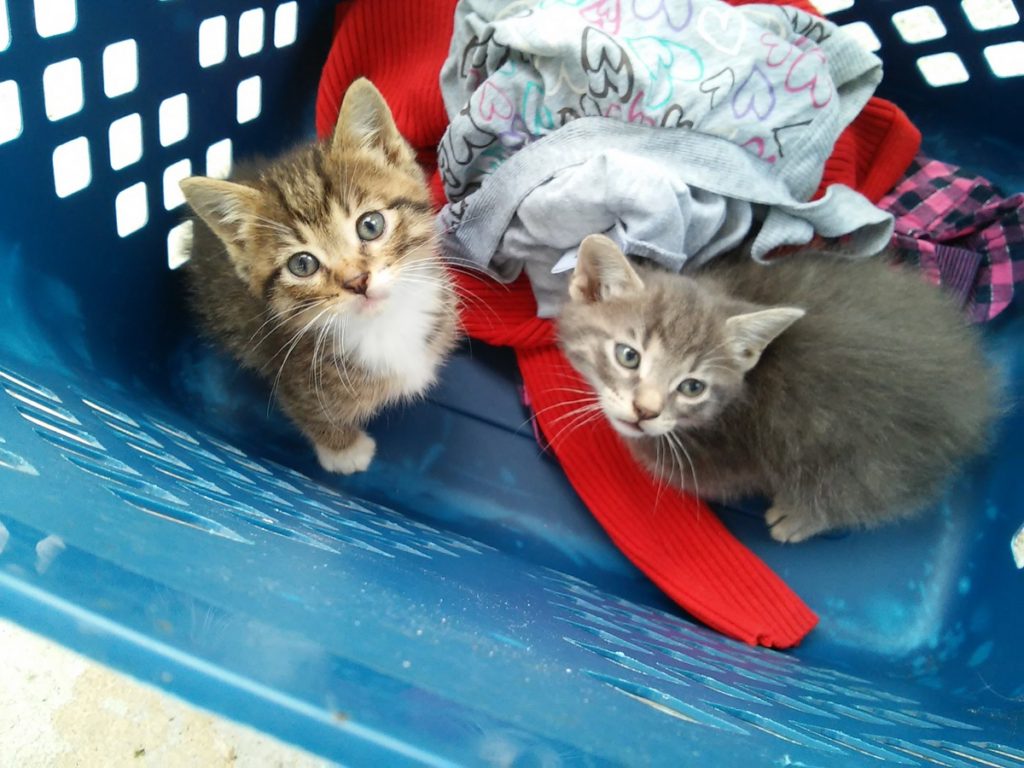 There was no way I could choose between the two of these little guys. 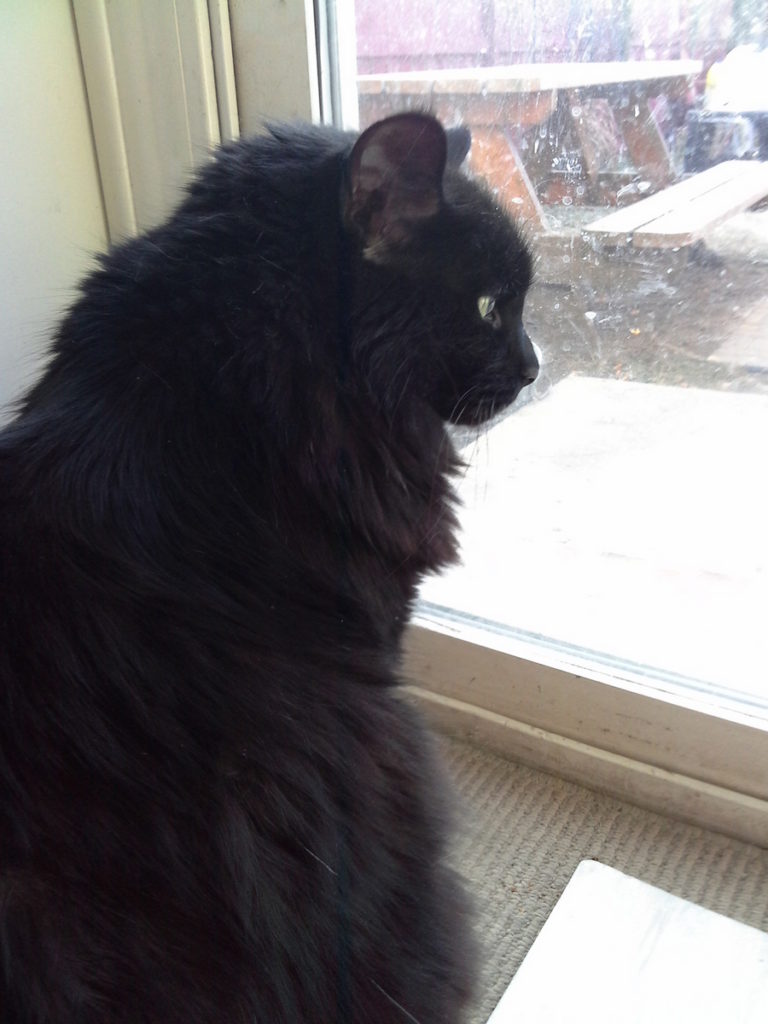 Last summer, about a week after we moved into the new house. Our beloved cat, Kitty, ran away. Although we searched the shelters, the county and online, we never found him. It took Ken and I a year to find peace and acceptance over loosing him.

For ten years, it was three of us in the townhouse. 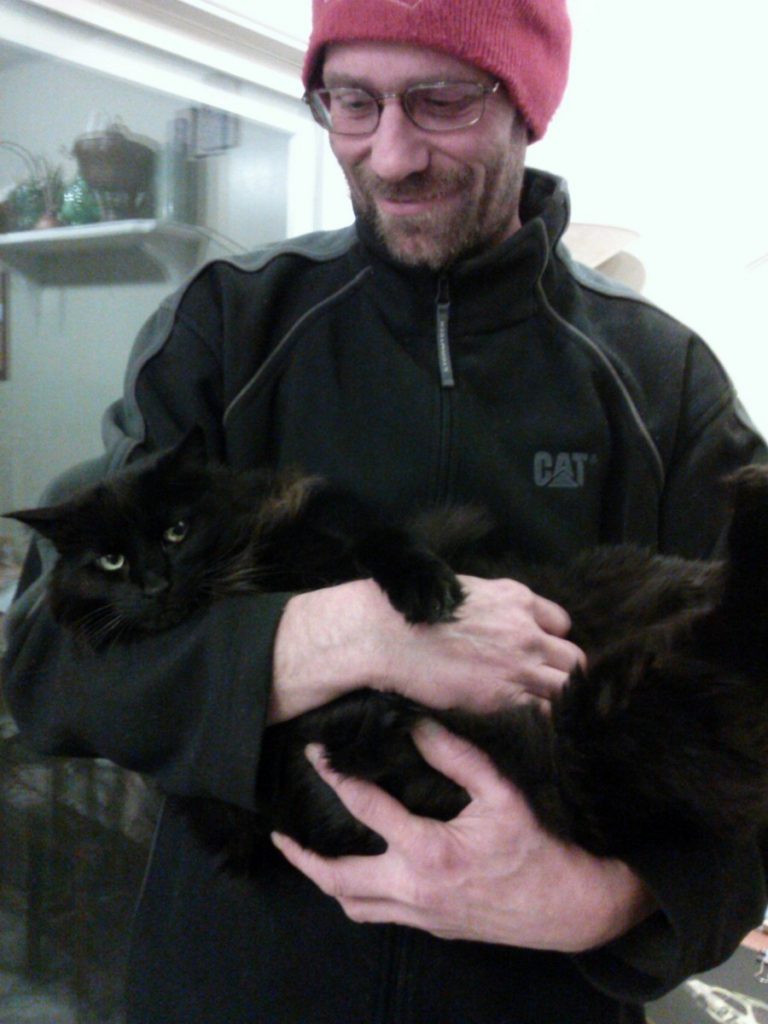 We’ll forever miss him and have hope that another family found him and they’re taking good care of him. Amen.

In the year since we lost Kitty, we’ve had daily visits from a male neighbor cat, BeBe (pronounced bay-bay).

Be-Be likes to whine A LOT.

Be-Be likes it when feeds him kibble, too.

But mostly Be-Be has brightened our day as we mourned Kitty.

We hadn’t planned on getting a new cat anytime soon, but when our neighbors asked if we wanted one of proud Papa Be-Be’s kittens, it just seemed like the time. 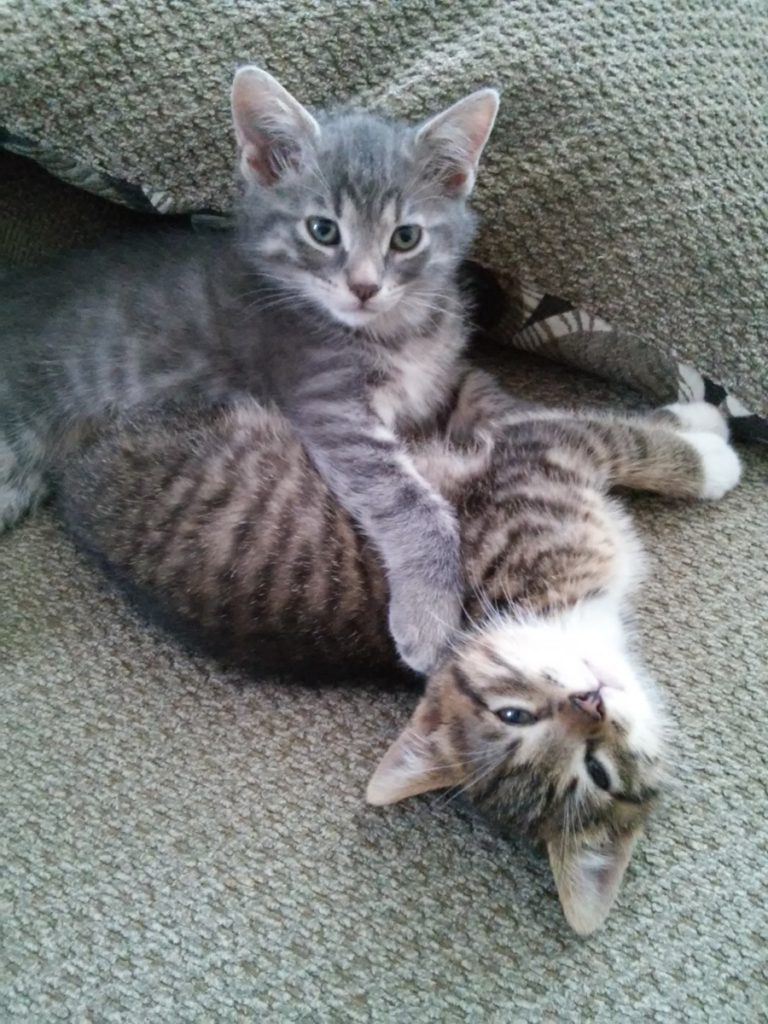 It’s been three weeks now, since Rosalyn’s mom said we could have both kittens.

Three frenzied weeks of chasing little fur balls around, saying “no” a hundred times a day, and the best part, cuddling.

I used the “Dances with Wolves” approach to naming them. The gray one is Chewy, because he likes to chew on everything. The booted one is Scout because he was the first to wander off into the unknown zones of our house.

Although Chewy One and Chewy Two may have worked. As would Slick and Sneaky.

Did I mention that they’re brothers? 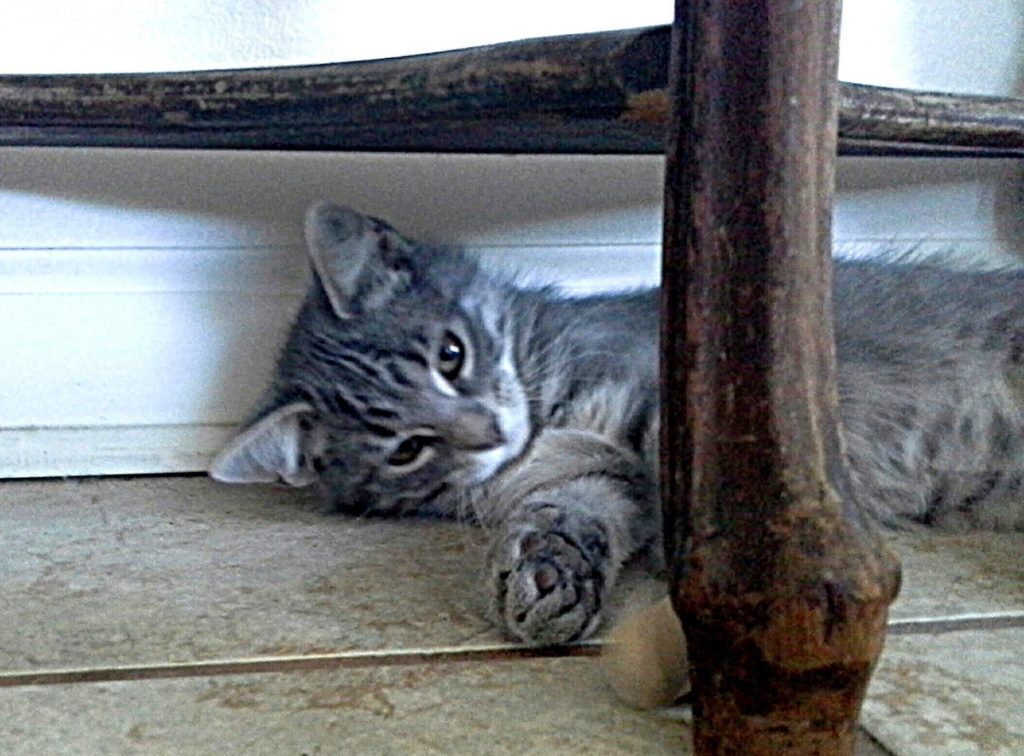 After they tired of several store bought cat toys, I moved on to homemade ones.

We’ve played with a broom, a feather duster, a box of old store receipts, milk caps, an old sock and today it was a wine cork. 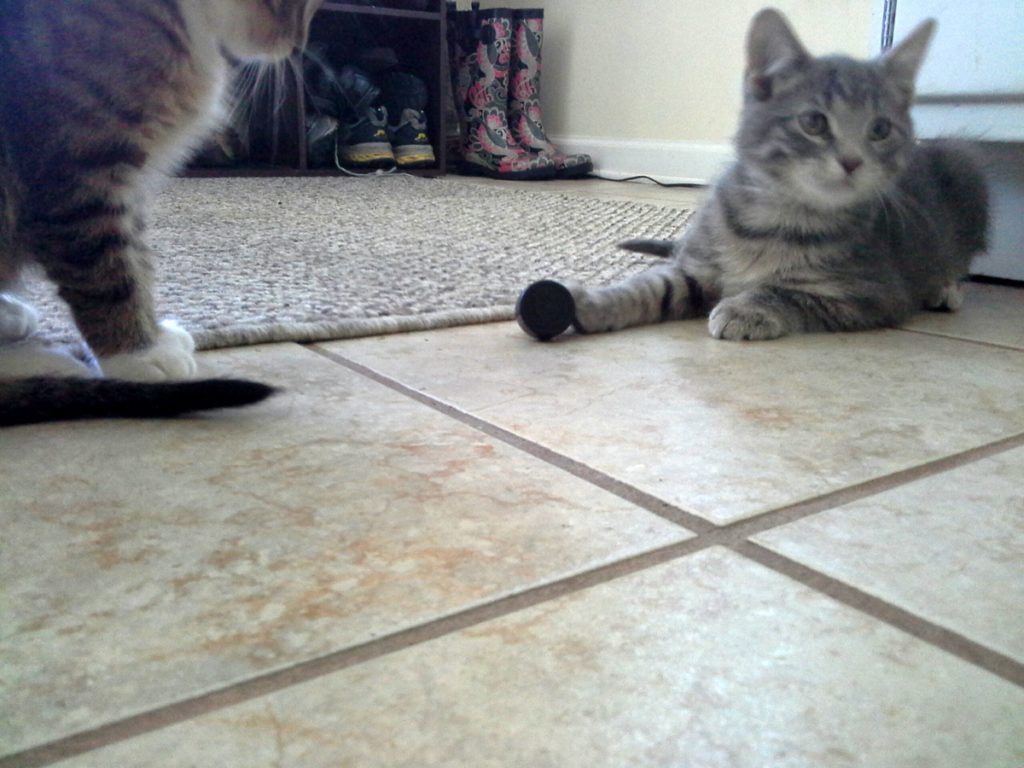 Our new kitties are high maintenance toy consumers, what can I say. Fortunately their favorite thing to do it wrassle with each other like it’s the WWF, tire each other out and then take a nap.

Oh, and they didn’t seem to mind helping me watch the Chicago Cubs win the world series;) 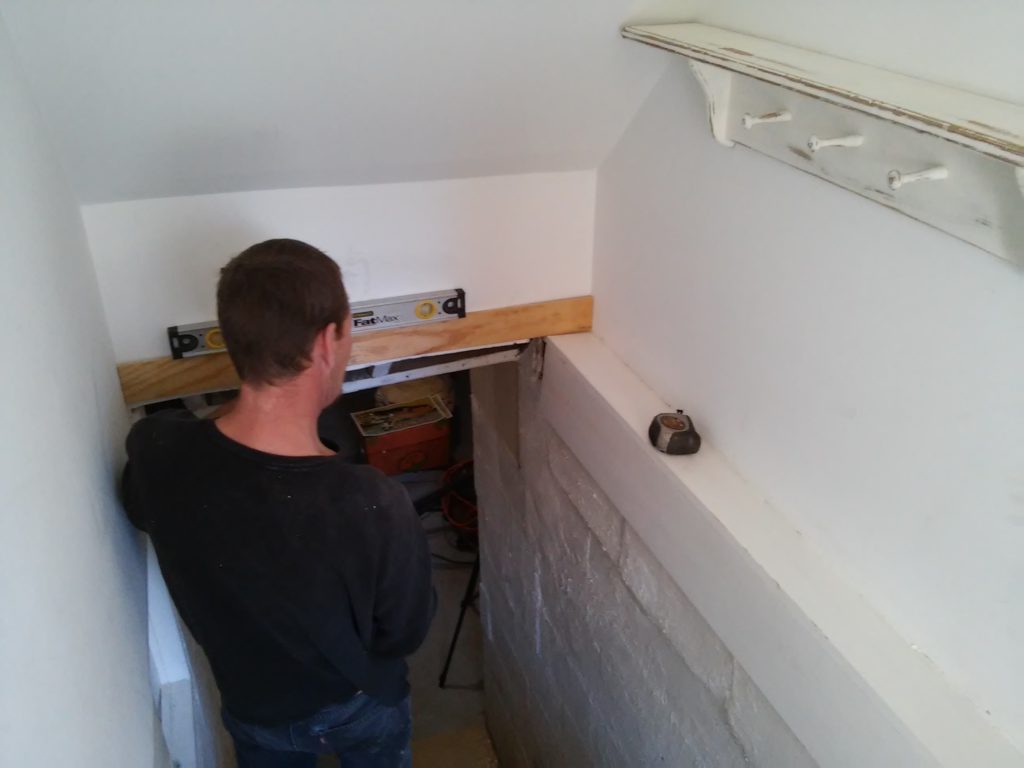 Things are finally calming down around here. Ken and I started working on a small update to the entryway/ stairway. It feels good to have fallen into a bit of a routine again and our hearts are filled once again with feline joy.

Unfortunate Update: Another one of our fur babies has gone missing. You can read the story and how we wrote a letter to our missing cat, here.